Chances are, if you're picking up an 8GB Nexus 4, or even a 16GB Nexus 7 (or are stuck with an 8GB N7), at some point you might run low on storage. It happens to the best of us.

Fortunately, in Android 4.2, Google's given you a new way to free up some space with just two taps. Instead of having to trudge through your entire list of installed apps one by one, you can now clear all cached app data straight from the storage menu. 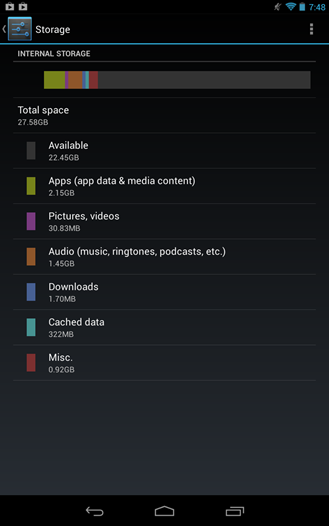 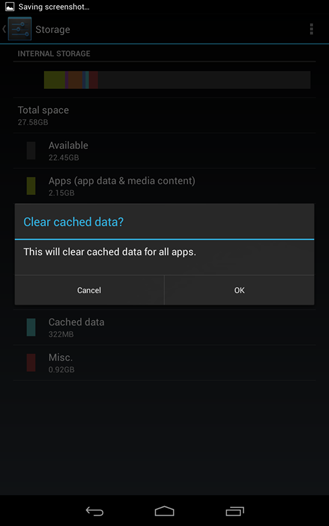 Just head to settings, then to storage, and tap on the new "Cached data" section in the list. At this point, you'll be prompted to clear that cached data. For sure, a handy tip to clear up some space if you absolutely need it. Just remember, running any computer at the edge of its storage capacity limits probably won't help performance much, so jamming that cleared space full of even more stuff might not be the best idea.