Exactly one month ago today, the first alpha version of the popular Twitter client Echofon hit for Android. At the time, it felt a lot more like a beta than alpha, as the app was quite polished and very usable. Two weeks later however, the first beta dropped, adding even more functionality and features to the app.

Today, the Echofon for Android team has hit yet another milestone: Play Store availability. According to the listing, the app is still beta, but given the fact that the team was confident enough to put the app in the Store, we assume that it's pretty close to a final version. 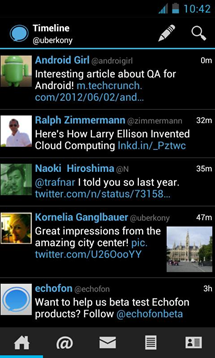 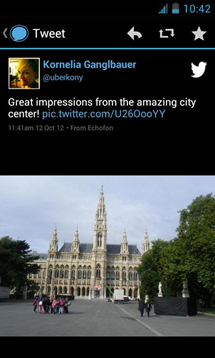 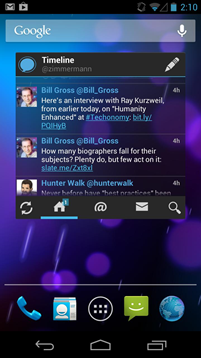 While the app already has a pretty decent feature list, the devs noted in the Store listing to expect mute, gap detection, custom notification sounds, and an in-app browser will be coming soon.

The app is free, so hit the widget to give it a shot. [Deal Alert] Pre-Order The DROID DNA From Wirefly For $50 Less Than Verizon (New Contracts And ...