Chances are if you're a Galaxy Nexus or Nexus 7 owner (or soon to be Nexus 4 / Nexus 10 owner), you probably have reason to head into the developer options menu once in a while. Or like me, just once ever to enable USB debugging. Regardless, if you go looking for these options in Android 4.2, you won't find them. That's because Google has - for whatever reason - hidden them from view in this latest update. Probably to prevent ordinary consumers from finding them, you know, for all the damage those highly dangerous developer options could cause. 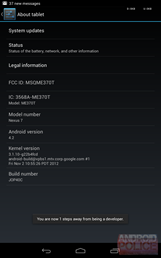 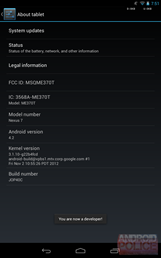 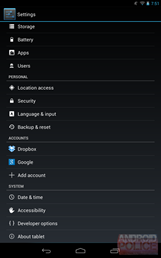 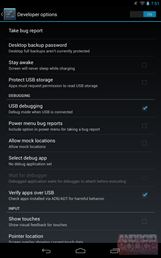 Ta-da! Once you've done this, Developer Options should now be back where it was in the top-level of the Settings menu under System. We know this tip has been published numerous times, but with Android 4.2 rolling out to the Galaxy Nexus and Nexus 7 as of last night, it only then became apparent this would be sticking around in the official Android 4.2 builds, so we thought we'd save you the searching. Or maybe just creepily read your mind* and give this information to you right at the moment you were thinking you wanted it.