Update: Here's a snapshot of that ridiculous 1080p display in action. Be sure to check out Ron's hands-on with the phone, in which he describes said eye-melting resolution. 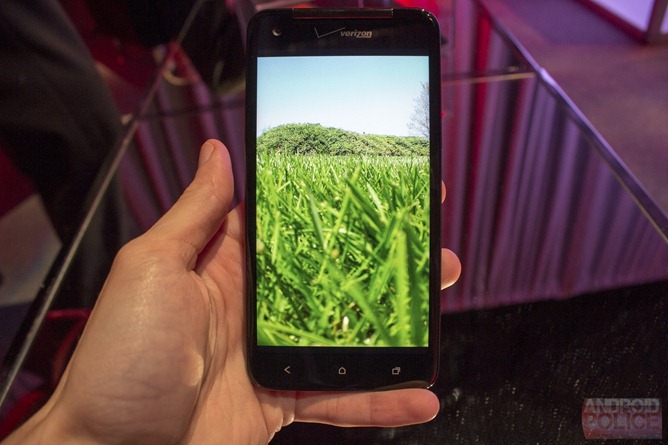 Our own Ron Amadeo is live on the ground at the DROID DNA unveiling, but the not-quite-a-phablet phone has just been officially announced by Verizon. As expected, the DROID DNA's specifications (similar to the J Butterfly) basically position it as arguably the most lust-worthy Android phone on the market (in the US). Well, as long as you ignore the amount of internal storage, that is.

The DNA is slated to launch on November 21st, for $200 on a 2-year agreement ($600 off contract). Given the hardware, that's actually a little unexpected - I honestly thought we'd see Verizon breaching the $200 mark on this phone. 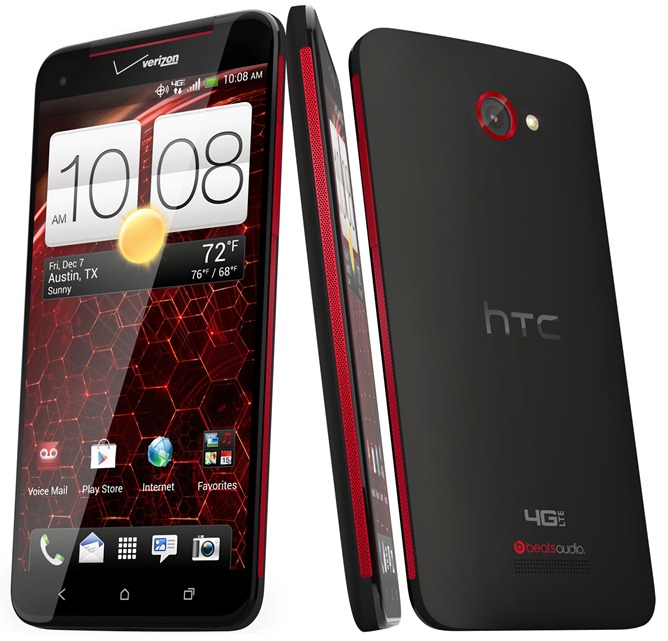 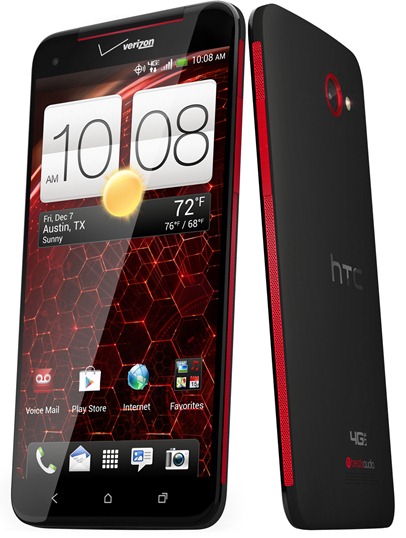 Anyway, if you're looking for the ultimate Android phone on Verizon this winter, it's pretty obvious what Verizon wants you to buy - the DNA is clearly positioned as the crown jewel of the DROID lineup. I'm not sure how hot on the name I am, or frankly, the look of the hardware, but those specifications are hard to argue with, especially being the first 1080p display smartphone in the US and all.

The phone's landing page can be found at this URL, and pre-orders begin today, and will ship by November 19th.

DROID DNA BY HTC INTRODUCED AS THE ULTIMATE SMARTPHONE —

BELLEVUE, WA — Nov. 13, 2012 — HTC Corporation, a global leader in mobile innovation and design, and Verizon Wireless today announced the exclusive DROID DNA by HTC, the ultimate smartphone and the first with a full HD 1080p display.  The DROID DNA by HTC will be available exclusively through Verizon Wireless through pre-order starting today and at retail stores nationwide Wednesday, November 21st.

“It’s no secret that people depend on their smartphones more and more every day which rightfully raises expectations for performance, speed, and design.  The DROID DNA by HTC embodies a smartphone that pushes the envelope in all of these areas with the first true 1080p HD display, latest quad-core processor, and Verizon’s 4G LTE network, all wrapped in a beautifully crafted design,” said Jason Mackenzie, president, HTC Corporation. “The DROID DNA by HTC is sure to top wish lists this holiday season.”

With technology rivaling the latest HD TV’s, the DROID DNA by HTC is the first smartphone to feature a true 1080p HD super LCD 3 display with Corning® Gorilla® Glass 2 protection.  It boasts an extraordinary 440 pixels per inch (PPI) on a 5-inch screen for unprecedented in-hand HD experiences that delivers the maximum pixel clarity available on a smartphone.

Designed to accentuate the incredible display, the deep black, soft-touch back is understated, with the exception of a metallic red camera bezel, while the red microgrill pattern of the sidewalls hint at the phone’s DROID heritage and the power inside.  The beautifully crafted smartphone feels thinner than other devices of a similar size as the edges of the curved back taper to a mere 4mm for a comfortable feel in the hand or pocket.

The Qualcomm® Snapdragon™ S4 Pro processor, featuring a quad-core 1.5 GHz CPU and high-performance GPU, paired with America’s largest 4G LTE network from Verizon Wireless and a full 2G of RAM  enable the seamless use of multiple apps simultaneously.  With HTC Sense® 4+ and Android™ 4.1.1 (Jelly Bean), you get great software experiences including Google Now. HTC Sense 4+ offers a wealth of easy-to-use and customizable features bringing highly sought after personalization to your phone and placing the most important content front and center.  A series of intelligent features powered by HTC Sense 4+ also provides a number of improvements to the camera.

The DROID DNA by HTC has a world-class camera that delivers fast image capture, great images even in low-light and an easy interface to capture stills and video. With an 8-megapixel f/2.0 28mm wide-angle lens, 5-level automatic flash, backside illuminated sensor (BSI), and superfast autofocus, you’ll capture amazing moments without the worry of missing a single one. Instead of choosing between photos and video, HTC VideoPic™ allows you to capture video and still images at the same time. And by simply holding the shutter button, Continuous Shooting takes multiple photos at up to four frames per second to catch all the action.

It also includes a new best-in-class 2.1-megapixel, f/2.0, 88-degree, ultra-wide angle, front-facing camera that allows more to be captured in self-portraits, and up to four people for group shots. Auto Portrait makes it easier to take photos of yourself and your friends with automatic face detection and a countdown timer so you can focus on your pose and not the shutter button.  Capable of capturing 1080p HD video, the front-facing camera also provides a sharper picture during video chat.

The DROID DNA by HTC has a unique, 2.55-volt, built-in headset amplifier and dedicated amp for the external rear-speaker to help boost the audio signal to deliver crystal clear sound with less distortion, even at maximum volume. The combination of amplified hardware and the rich, authentic, studio-quality sound of Beats Audio™ allows music to be heard the way the artist intended, and enhances the sound quality while playing games or watching video.

The DROID DNA by HTC is equipped with a 2,020 mAh battery and power saving software that enables long-lasting endurance.  In addition, the embedded wireless charging makes it easy and convenient to top off power throughout the day or fully charge overnight, simply by setting the phone down.  Finally, with near field communication (NFC), you can use the DROID DNA by HTC to share music and videos, add someone to your social networks, or download apps by tapping other NFC-enabled devices.

The DROID DNA by HTC will be available exclusively from Verizon Wireless through a pre-order starting today at www.verizonwireless.com/droiddna, and in-stores nationwide beginning Wednesday, November 21st for $199.99 with a two-year customer agreement.

The names of companies and products mentioned herein may be the trademarks of their respective owners.

Reminder Tip: Developer Options Are Hidden In Android 4.2, Here's How To Find Them