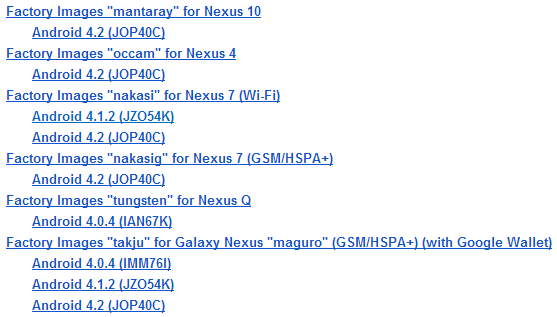 In addition, driver binaries for the aforementioned devices (except the Nexus 4 / Nexus 7 3G) and more have also been posted here. Of course, in more exciting news, Android 4.2 has also just been released to AOSP - so hit up our post (here) for the latest, up-to-the-second info.