When it comes to Alien vs. Predator, you'll find me in Predator's corner every time. He's part of an advanced species of ultra-tech savvy slaughter machines, and let's face it - it really doesn't get much cooler than that. I'd actually like to have one as a pet. But I can't, because he'd probably mutilate me on the first day. Scumbag Predator.

Since I can't have a Predator of my own, I'll have to settle for the next best thing: the new Predators game for Android. The game, which was just released by Fox Digital and created by Angry Mob Games (Muffin Knight, Guerilla Bob), lets you play the role of everyone's favorite technologically advanced assassin, and it's your job to slay some humans. Not just any humans, though - these are some of the most badass humans on the planet. Well, on our planet, anyway. But these assassins, death-squad soldiers, mercenaries, cartel enforcers, and black ops snipers aren't on our planet. They're on theirs.

The game will set you back $3, but be warned - it appears to also have in-app purchases for some sort of in-game alien currency. Like Predator really needs money. He can just craft whatever sort of morbid weapon he wants. Alas, here on Earth developers have to get paid, son. 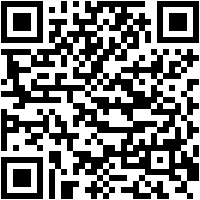