If you think back to the browser redesign that came with Android 4.0, you might recall the quick controls feature – a circular popup controls you could trigger with a tap. TasKarou Launcher Overlay takes that same idea and makes it universal in Android. This app can give you access to settings, searches, apps, and more with just a flick. 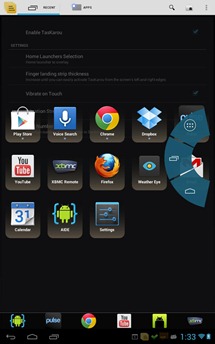 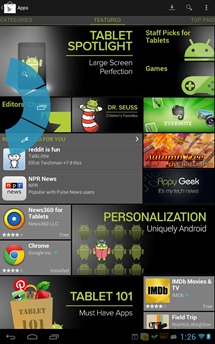 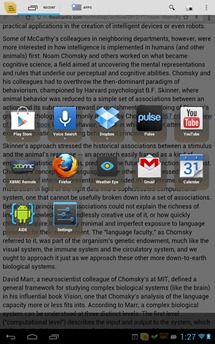 Quick controls in the old Android browser were never really a headline feature. The idea was that you could tap in certain areas and have a wedge of controls appear with functions like forward and back. Neat, but not necessarily useful on a phone. On a larger tablet, you have to reach to hit certain buttons in the UI, so it might make some sense. TasKarou creates an active zone on the right and left edges of your tablet screen that pulls up the controls. By default this is a 15-pixel space, but you can alter that.

If you just slide your finger onto the screen like a bezel gesture, the buttons pop up. You have search, apps, and settings options. Search triggers the Google search app, but you can slide down from that button to a Play Store search icon that appears on the wheel. It's the same story with Settings, which exposes buttons for TasKarou and system settings. The Apps button pulls up a list of your recent apps (icon view only). This interface has a full app list in a second tab, as well. 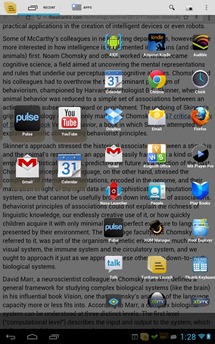 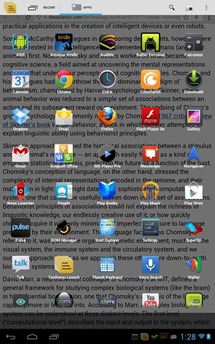 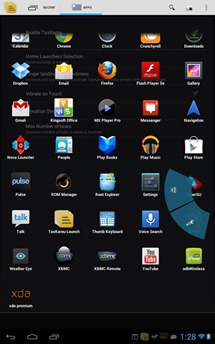 There are a few UI glitches and some of the icons look a little dated. Still, TasKarou is a really interesting way to get around your tablet. It's also free, so no harm in checking it out.

Ouya Announces Pre-Orders For Early Access Dev Kits, For $800 If You Really Need It 2 Months ...

Official eBay App Gets Updated To Version 2.1 With Better Searching And Selling