Can you patent a shape? That is a question so many media outlets have been asking since Apple's more generic design patents have gotten more legal attention, and unfortunately, it's resulted in a rather severe oversimplification of just what a design patent is, and what it can protect. Yesterday, Wired reported that Apple finally received a long-awaited design patent on the shape of the iPad, a patent which lists none other than Steve Jobs himself as a co-inventor (and, of course, Jonathan Ive).

Before we go to the patented design, it's important that you have a grasp of just what a design patent is. Ready? A design patent is, and I quote: "the design embodied in or applied to an article of manufacture (or portion thereof) and not the article itself" (USPTO Manual of Patent Examining Procedure, Ch. 1500, Sec. 1502).

In plain English, a patentable design is not merely the natural result of creating a certain kind of product, but of a deliberate and decisive choice to make it appear a particular way. It must be ornamental. Now, you're probably already getting antsy - how can a tablet be anything but a rectangle? This is the question that we see so often used a premise to make fun of Apple's iPad design. A non-rectangular tablet? Not possible. What is everyone else going to make, a circular one? The reality is that it's not that simple, as much as some people would like you to think it is.

To be clear, Apple did not patent a rectangle - they patented the shape of an iPad. Specifically, they patented the shape shown in the solid lines (not the broken ones below) in the context of a "portable display device." The only solid line in the image below is the outside border of the iPad - the overall shape. Nothing else here is claimed - it is presented merely for context. After all, you have to show how the design you're claiming appears in an example product. Anyway, here it is: 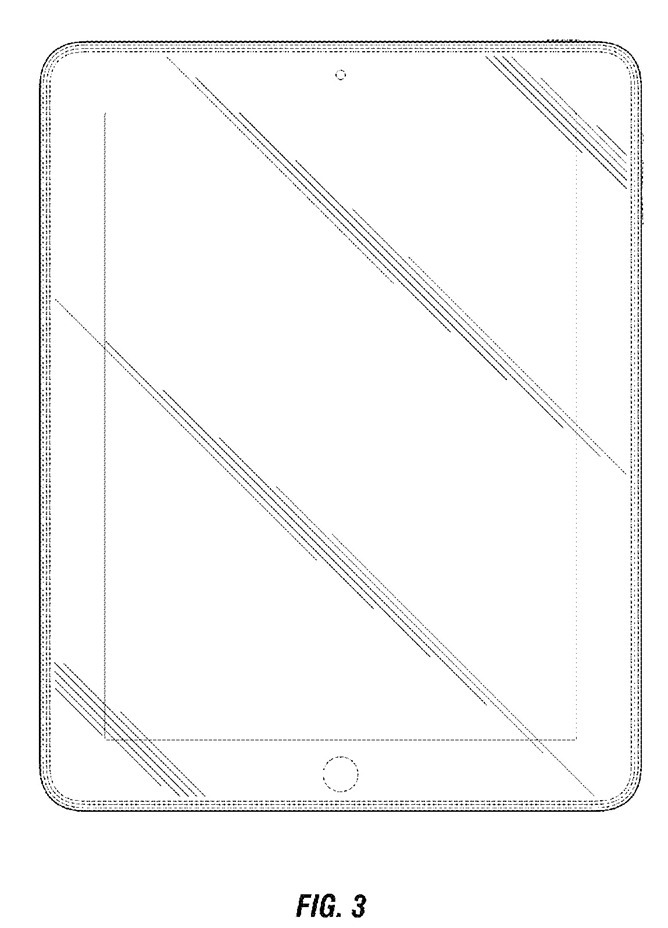 At this point, you may be ready to head to comments and give Apple a good what-for, but really, I'd encourage you keep reading, because there's a lot more to this than even Wired's article points out. In fact, I'm not even sure the analysis provided by Associate Professor Shaver at McKinney School of Law is correct. Of course, it's possible she didn't look at the fully blown up images, as it's awfully hard to distinguish the solid from dotted lines without viewing the images at 100% zoom.

Anyway, there's a lot to this patent that isn't readily apparent in the drawings. Here's are some tablets or tablet-like objects referenced by this patent and looked at by the examiner that do not invalidate Apple's claimed design as prior art (eg, would not infringe the patent were they produced after the patent had been granted). 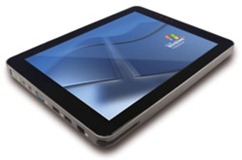 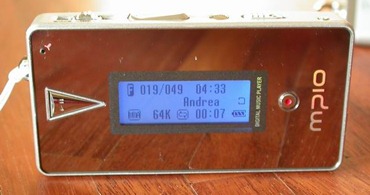 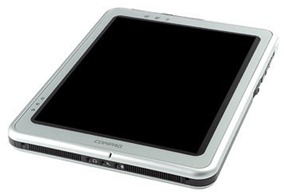 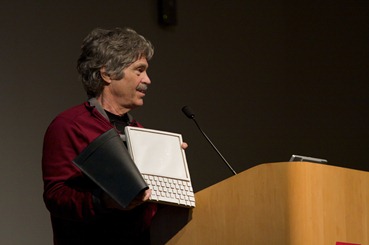 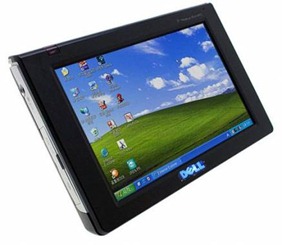 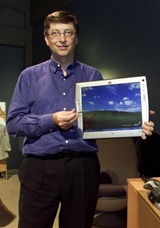 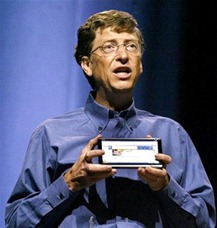 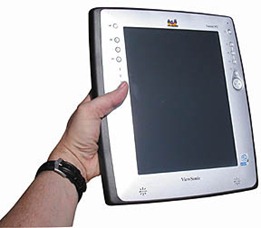 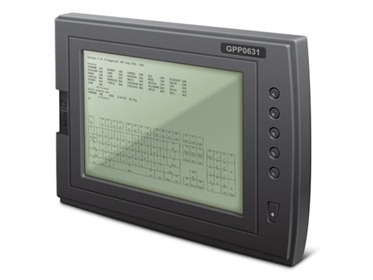 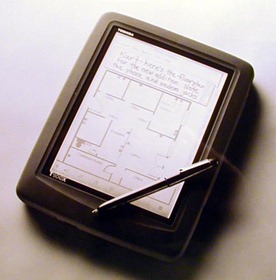 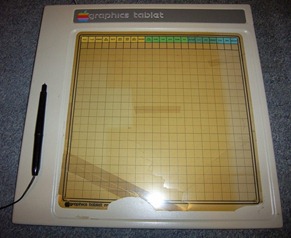 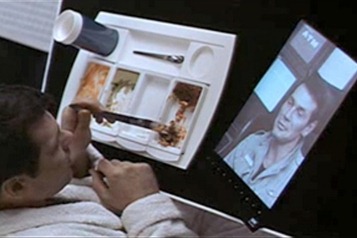 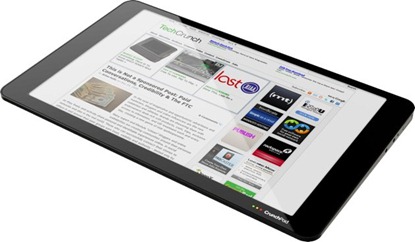 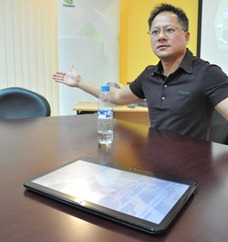 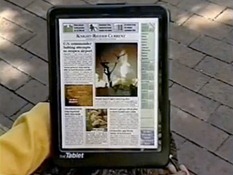 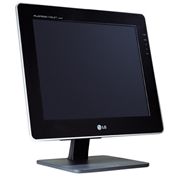 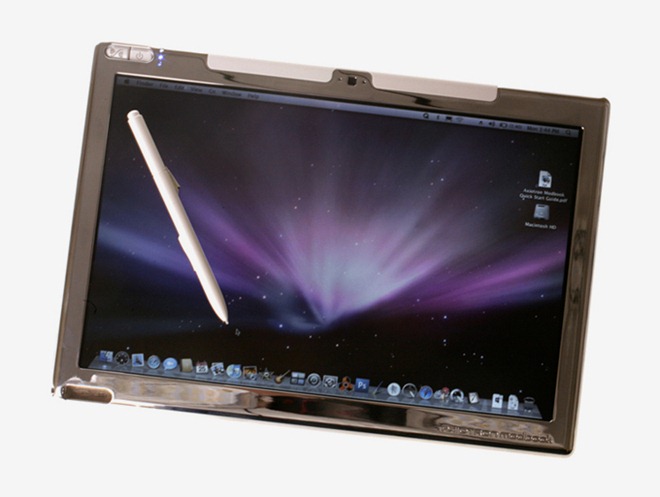 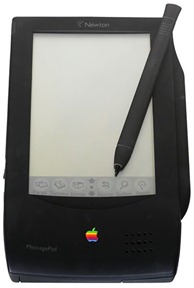 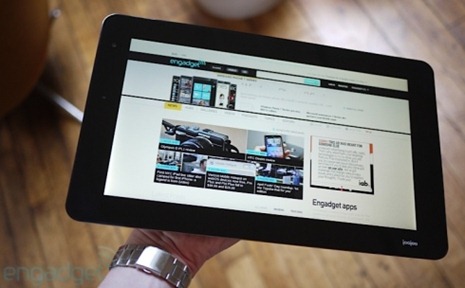 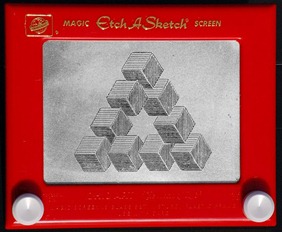 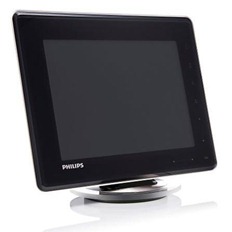 That's a whole lot of stuff. In fact, everything Samsung has cited in its lawsuit defenses against Apple's other iPad design patent is present here (I think), and more. That's not even all of them - there are even more that I'm omitting. Clearly, there are a lot of products and designs out there that existed well before the iPad that looked similar to the iPad, but not exactly the same.

This leads us to a principle in design patent infringement called the "ordinary observer" test. This the test of design patent infringement - to the ordinary observer, someone who is familiar with all the prior art above (and more), does the allegedly infringing product look so similar to the patented design that you would be deceived into believing it is the same as that design?

This is why Apple lost on its design patent claims for the iPad in its trial against Samsung - the jury said "no - we would not be deceived." The more prior art you have that looks similar to the patented design, the more difficult it becomes to find infringement. And, more importantly, the more generic the design patent, the more important small differences between the two designs inherently become. Think of it this way, if you patent a rounded rectangle and nothing else, a noticeably narrower rounded rectangle is a pretty significant change to the overall patented design, because the patented design is so simple.

In fact, it's widely considered unwise to patent extremely broad or minimalist designs for just this reason - it makes them incredibly difficult to protect. It's a very big tradeoff, and that's why I think if Apple wants to patent a rectangle, let them patent a rectangle - let's see how far that actually gets them in court (the answer at this point has been "not very").

If Apple had patented its iPad button placement and bezel proportions as part of this patent, for example, it would be stronger in some ways, because it would be easier to identify a copycat. And let's not forget, the jury in Apple v. Samsung was looking at a design patent (D '889) that looked a little more like a Galaxy Tab 10.1 or Motorola XOOM than it did an iPad (admittedly, it doesn't look a whole lot like any of them): 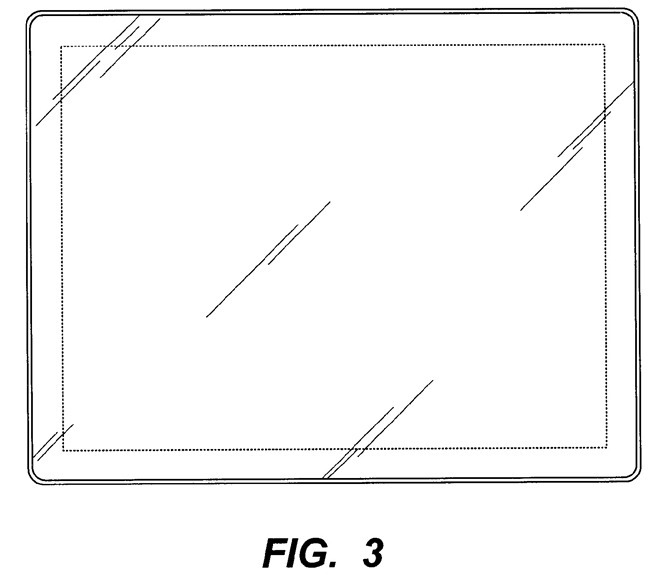 That patent even showed the design in the landscape orientation - the new iPad patent shows the front in a predominantly portrait view, as this is how the iPad is designed to be used.

Anyway, the point is this: there's no reason to think Apple's newest iPad patent will fare any better with a jury. In fact, it may fare worse, because it will have a mental effect upon jurors who, though they will be told to ignore the dotted lines, will find it difficult to when presented with such a simplistic "design." The fact that a Galaxy Tab 10.1 has a narrower aspect ratio, and is designed and presented as being used in the landscape orientation, are significant departures from Apple's overall claimed design, in my opinion.

Could we see this new iPad patent pop up in a lawsuit anyway? Sure. But as we're already seeing, Android tablets look less and less like iPads every day. The Galaxy Note 10.1 and Nexus 10, for example, are significant departures from that design language. And I think we'll see many Android tablet-makers avoid the iPad's shape out of a desire to gain distinctiveness in the marketplace, rather than out of fear, as tablet shipments continue to increase every quarter.

In the end, this patent doesn't seem likely to change anything, and I hope that you all feel a little more enlightened as to what "patenting a rectangle" actually means, as opposed to its internet comedy value.