With T-Mobile acquiring MetroPCS, things are starting to look mighty lonely in the regional carrier department here in the States. Even so, US Cellular has been making admirable strides in rolling out LTE services to their relatively small customer base, even beating some of the bigger carriers to the punch in many of their markets. Starting on November 5th, US Cellular will be adding new markets and expanding existing LTE zones... just in time for Galaxy Note II owners to enjoy them. 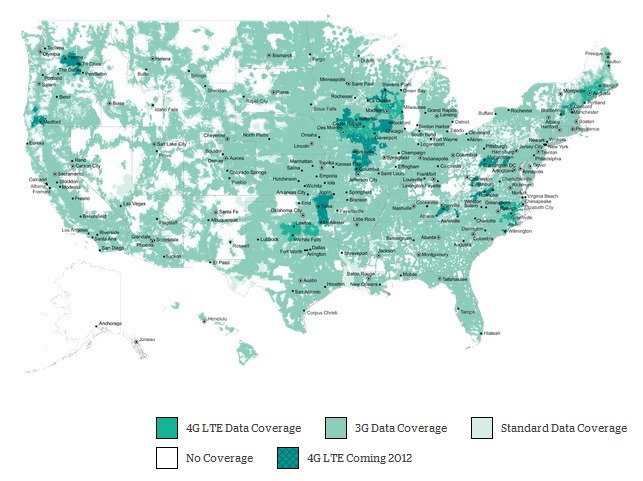 LTE will be switched on in select cities in Illinois, Maryland, Missouri, New Hampshire, Vermont, Virginia and West Virginia, with LTE coverage expanded in Iowa, Wisconsin, North Carolina and Oklahoma. The press release doesn't get any more specific than that, though it does mention that the next round of upgrades will come to Illinois, Oregon, Washington, and Tennessee. According to US Cellular, more than half of their subscribers will have access to LTE (though not necessarily the hardware to use it) before the holidays.

4G LTE speeds will enhance the wireless experience and allow customers to begin watching a movie in seconds and enjoy smoother video streaming with little to no buffering, and video chatting with family or business colleagues is seamless. With 4G LTE capable smartphones such as the Samsung Galaxy S® III, Samsung Galaxy Metrix TM and the Samsung Galaxy Note™ II, customers have the ability to talk and access the Internet at the same time.  Additionally, U.S. Cellular offers 4G LTE capable data devices including the Huawei UML397 4G LTE USB Wireless Modem and the Samsung SCH-LC11 Mobile Hotspot, allowing customers to experience data speeds up to 10 times faster.

“With more than half of our customers having access to 4G LTE speeds by the start of the holiday season, we are helping customers simplify and organize their lives more quickly and easier than ever,” said David Kimbell, senior vice president of marketing and chief marketing officer for U.S. Cellular. “The 4G LTE network builds upon our award-winning customer satisfaction and is the only one that comes with a valuable rewards program and other unique benefits like Overage Protection and Battery Swap.”

The 4G LTE network builds on the 3G data services that U.S. Cellular customers already enjoy on the carrier’s high-quality nationwide network. U.S. Cellular has the highest call quality and network satisfaction of any national carrier. For more information about the 4G LTE experience, visit uscellular.com/4G.

About U.S. Cellular
U.S. Cellular rewards its customers with unmatched benefits and industry-leading innovations designed to elevate the customer experience. The Chicago-based carrier has a strong line-up of cutting-edge devices that are all backed by its high-speed nationwide network that has the highest call quality of any national carrier. By the end of 2012, 58 percent of customers will have access to 4G LTE speeds. U.S.Cellular was named a J.D. Power and Associates Customer Service Champion in 2012 for the second year in a row. To learn more about U.S. Cellular, visit one of its retail stores or uscellular.com. To get the latest news, promos and videos, connect with U.S. Cellular on Facebook.com/uscellular, Twitter.com/uscellular and YouTube.com/uscellularcorp.

4G LTE not available in all areas. See uscellular.com/4G for detailed coverage info. 4G LTE service is provided in partnership with King Street Wireless. LTE is a trademark of ETSI.

ARCHOS Announces The 80 Cobalt, A Lower-End Dual-Core 8" ICS Tablet Without A Price Tag Yet [Update: Winners] Giveaway: Ten More 'Nom' Android Shirts Are Up For Grabs, Plus A $4 Off Sale ...