Pictures. If there is one thing we love to share on the internet, it's images.

And I think that's because it's kind of difficult to communicate what we see in life without them - you need that visual aid. Printing or developing photos is time-consuming and inconvenient, and so when digital cameras began to catch on in a big way, right around the same time as broadband internet, people went absolutely mad sharing photos on the web. It was two technologies coming together at the perfect moment. It was a leap forward.

Since then, digital photography has gone from being a disruptive force to the norm. And sharing pictures has gone from cables and uploads and minutes of waiting to instant, unwired gratification, thanks to smartphones and their mobile data connections. Sharing what we see has never been easier than it is now. We share so many photos Facebook has a crisis on its hands trying to keep them all sorted.

But even though the volume of things we share has increased dramatically, the things themselves are largely the same as they've always been. Images look better than they did 10 years ago (a lot better - especially on phones), and we can share those images more quickly and easily than ever before, but they still communicate the same basic information. Be it a place, a person, or a moment in time. In fact, if you think about it, aside from the storage medium and advances in quality, photographs are pretty much the same as they were over a hundred years ago: flat, two-dimensional images. Sure, panorama has taken us a little further, but really, those photos are sort of a pain to look at. And 3D pictures? Maybe someday - when we get those Star Wars-style holograms, perhaps.

But in the here and now, Google has done something truly amazing with photos. And they've done it using nothing but some fancy algorithms and a regular, run-of-the-mill smartphone camera. It's called Photo Sphere. 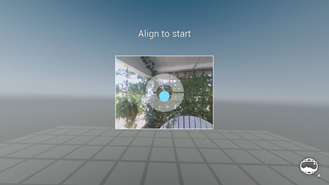 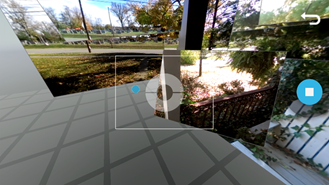 You've probably already got a good idea of what it is, and if you don't, you can download it here (it may not work very well, depending on your device). If you want an example of a Photo Sphere image, here's one from our own Liam Spradlin on Google+. Or check out this awesome one from the Nexus team in Times Square.

Granted, images like this have existed for years. But they required special software, a lot of effort, patience, time, and proprietary viewer plugins to even look at them. You couldn't just go out and make a 360 degree picture and share it with all your friends. Photo Sphere changes that.

Make no mistake, Photo Sphere is a leap forward: it gives regular people an amazing new way to share their world. It's like taking a glimpse through the eyes of the photographer, like being there - truly capturing a moment and place. It gives you a sense of depth, scale, and presence that a traditional photograph simply can't. And we probably have Google's Street View project to thank for making it all possible.

Think of it kind of like the electric car - it existed decades ago, but until recently, wasn't really practical outside a few, limited applications, or as an expensive novelty. Photo Sphere is sort of the Nissan Leaf or the Tesla Model S of 360 degree photos: it's bringing a previously inaccessible technology to people in a form they can live with every day. It isn't perfect, but it's without a doubt the first product of its kind that's ready for consumers. We can only move forward from here.

And Google, being Google, has made the format of these Photo Sphere images totally open. They're compiled using XML metadata embedded in each Photo Sphere, and encoded as giant JPEG files. Anyone could, in theory, build a Photo Sphere viewer. Currently, you can only see them in Google+ and Google Maps, but I have no doubt Google is working on an API, or will be soon (that's kind of a given with Google - I hope).

I truly believe this is the greatest advancement we've seen in photography since that first "digital revolution." This is big. This is important. It changes the way we share with people, with what we are able to show them, and it does so using a tool in the pocket of half of all Americans, and hundreds of millions of people around the world.

Imagine someone being able to share a 360 degree image of a war zone, which would then makes it way to the newswire. Or the interior of a beautiful cathedral. Imagine being able to capture the day of your child's birth, in a way that every time you looked at it, could take you back to that place in a way no other picture - or even a video - could. That's something incredible. That's a leap forward. And you can share them in an instant - for now, via Google + or Maps, but in the future, who knows how fast and far this could spread.

Maybe I'm just waxing poetic here, and maybe this won't end up being that important at all - some other technological breakthrough in imagery could utterly overshadow it. But sometimes, there are those things that come along and really do change our lives, even if it's just in some small way. I think this is one of them.