Now you're talking, Square Enix. After releasing Final Fantasy after Final Fantasy to Android, the RPG legend has gotten around to releasing everyone's favorite non-terminal adventure: Chrono Trigger! For the uninitiated, what's taking you so long? This game has been out since the Super NES and has been emulated to death! Heck, it's even available on the DS. You're out of excuses now, it's time to play.

Now Androis users can also experience the entire, time-spanning adventure. From 65 million B.C. to after the end of the world, the journey of Chrono, Lucca, Marle, and the entire cast of magical heroes is available for $10. The game is known to fans for having a wide variety of endings depending on how you play the game, the choices you make, and even how you initiate the final battle with Lavos, the ancient celestial god bent on destroying the planet.

Even if you played this game back in its heyday, it's still worth playing again, since most of us never experienced even half of the endings that Chrono Trigger offers (the consensus is there are at least 13). In fact, one alternate finale was exclusive to the DS version. Maybe Square Enix added yet another here? Who knows?

Well, you will. Once you download the game. Here, I'll even give you a widget to help you out. 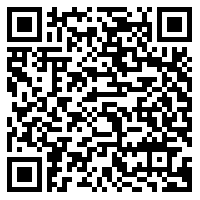 First Video Of LG Nexus 4 Shows Up On Swedish Blog, Shows Off Android 4.2 And Quick Settings

[Update: In Stock] New Pink And Light Blue Nexus 7 Cases Show Up In The Play Store, Listed As ...