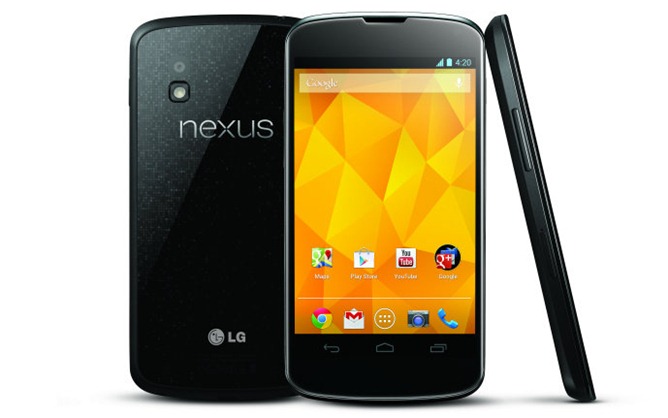 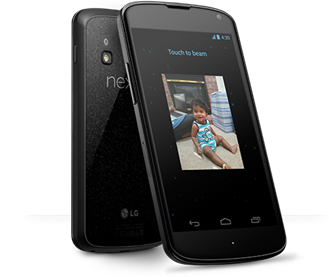 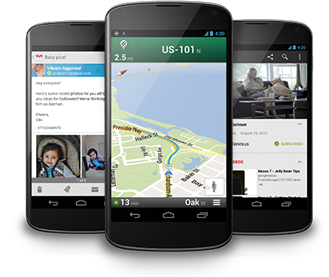 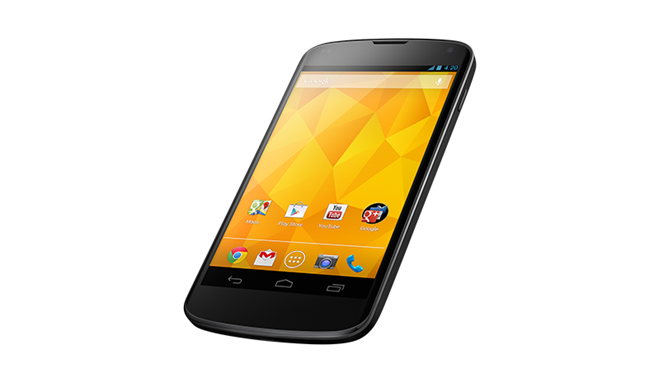 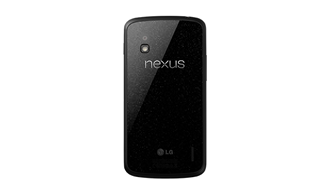 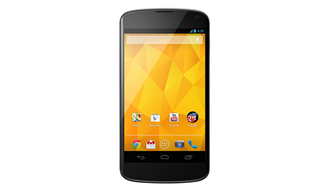 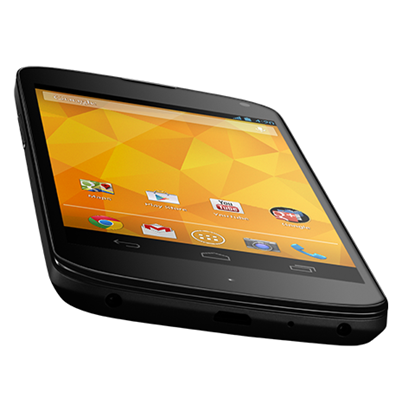 Basically, this confirms everything we've seen thus far - it looks exactly like the leaks, has the same specifications, and will come in 8GB and 16GB flavors, at $299 and $349, respectively. And no, there's no SD card slot. Availability for the US, UK, Germany, France, Spain, and Australia is slated for November 13th.

The Nexus 4 is a GSM HSPA+ pentaband device, and will launch with one carrier partner: T-Mobile. T-Mobile will sell the device at $200 on a 2-year contract, but frankly, you'd have to be an idiot of monumental proportions to make that choice over the $300 commitment-free version. Here are the major specs, excerpted from the press release at the bottom of this post - A lack of LTE support is definitely a bit of a bummer for those of us in the US.

As you can see, it's exactly what we pretty much knew for a certainty it would be - even the wireless charging. There are some cool new things that have been announced alongside the Nexus 4, though, like the 360 degree camera mode, called "Photo Sphere" - an Android 4.2 feature - that allows you to take Street View-like images that presumably can be navigated in Google+. You can also upload these images to Google Maps, which is pretty neat.

Google Now has seen improvements, as well - you can now see flight information, restaurant reservations, hotel confirmations, and shipping details (this is scraped from Gmail). Movie times, nearby attractions, and events have also been added. And yes, the "Swype-like" keyboard (dubbed "Gesture Typing") is part of Android 4.2, too. Rounding out the new 4.2 features is Miracast wireless display support.

To learn more, check out the official Android blog, which has posted up all the details.

SEOUL, Oct. 30, 2012 – Designed collaboratively by LG and Google, Nexus 4, the newest smartphone in the Nexus line-up from Google, was announced today for availa-bility starting next month in select markets. With a sophisticated hardware design from LG, your favorite Google Apps, and the latest version of Android™, Nexus 4 puts the best of Google in the palm of your hand.

“LG is proud and excited to play this role in helping build the latest Nexus smartphone,” said Dr. Jong-seok Park, President and CEO of LG Electronics Mobile Communications Company. “Users will be delighted by the perfectly balanced combi-nation of form and function with the latest generation of Android.”

“This is the first time we collaborated with LG to build a Nexus device,” said Andy Rubin, Senior Vice President of Mobile and Digital Content at Google. “They brought an extraordinary amount of talent to the project, and the result is a feature-packed device that feels great in your hand, and blazingly fast under the hood.”

Nexus 4 comes with a high-performance 8MP camera and takes stunning Photo Sphere images, letting you capture every detail of the world around you. Up, down and all around you, it’s like no camera you’ve ever seen; with Nexus 4, you can snap pictures in every direction that come together into incredible, immersive Photo Spheres that put you right inside the scene. Plus, photos upload themselves with Instant Upload so you’ll never lose a shot.

All of this comes to life with stunning clarity and crisp, natural color on the vibrant 1280-by-768 4.7-inch True HD IPS Plus display supported by Zerogap Touch technology. Gently curved glass edges allow your finger to slide smoothly on and off the 320ppi screen, while cutting edge display technology means you feel like you’re touching every pixel, protected by scratch resistant Corning® Gorilla® Glass 2.

Nexus 4 comes with a cutting-edge Qualcomm Snapdragon™ S4 Pro processor, so you’ve got speed and power to spare. Zip around the web, experience rich 3D graphics and gameplay, and effortlessly switch between multiple apps without ever missing a beat. With 2GB of RAM and the fastest version of Android ever, Nexus 4 is the snappi-est Nexus smartphone yet.
Information at your fingertips

Nexus 4 comes with the latest Google apps, putting the best of Google in the palm of your hand. The latest version of Google Now is built-in, which keeps you even more organized – get reminders about upcoming flights, restaurant reservations, hotel confir-mations and even nearby photo opportunities – when and where you need them.

Get to the places you care about quickly and easily with Google Maps™ for Android. With turn-by-turn GPS navigation, live traffic info, and integrated driving, walking and public transit directions, getting from A to B has never been easier. 3D Maps and rich satellite imagery give you a more realistic sense of what’s around you while features like Street View and Indoor Maps make sure you always know what’s in front of you.

Nexus 4 is sold unlocked and is GSM/HSPA+ compatible so it will operate on more than 200 network providers worldwide. Just pop in a supported SIM card and be up and running in no time. It will be available to purchase in both an 8GB version and a 16GB version on Google Play™ starting November 13 in the US, UK, Canada, Germany, France, Spain and Australia. Offline availability in Europe, Central/South Americas, Asia, CIS and the Middle East will begin from the end of November.

The LG Electronics Mobile Communications Company is a global leader and innovator in mobile communications. With its breakthrough technologies and innovative designs, LG continues to establish a number of benchmarks in the smartphone market, while also helping create a better lifestyle for consumers by delivering a wholly enhanced smartphone experience. As a leader in 4G Long Term Evolution (LTE) technology, LG continues its commitment to developing groundbreaking LTE technologies and fulfilling consumer demands with differentiated LTE devices of the highest quality, all of which are based on the company’s wealth of LTE patents and technical knowledge. For more information, please visit www.lg.com.