The Nexus 10 is official at last, and it's just as fantastic as we all thought it would be. The Samsung-made 10.1" tablet packs an iPad-destroying 2560x1600 display for 300ppi, which is known in the scientific community as "more pixels than your eye can handle." The slate will also ship with Android 4.2, and the updated Nexus 7-like UI. 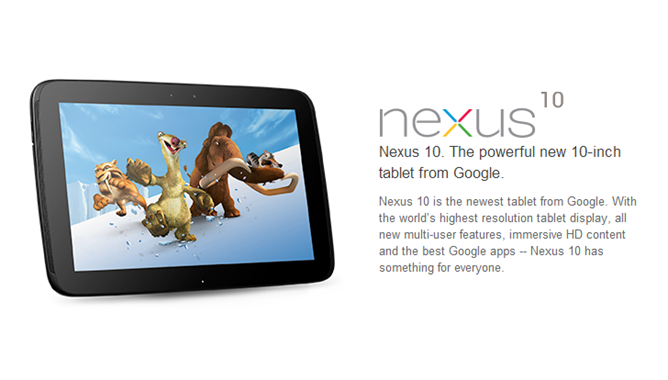 In addition, the tablet boasts up to nine hours of video playback and 500 hours of standby time. Just to make sure you're aware that it's designed for consuming media, it comes with front-facing stereo speakers. This thing is sounding pretty dang nice. Especially for a $400 price point.

Here are the specs: 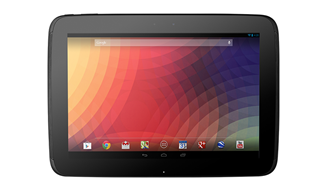 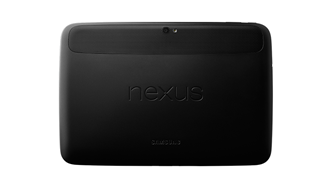 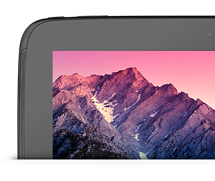 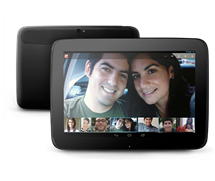 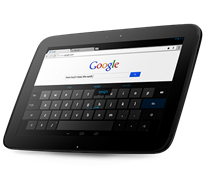 It also includes one of the features we uncovered in Android 4.2: multiple user support. According to Google:

But what makes Nexus 10 unique is that it's the first truly shareable tablet. With Android 4.2, you can add multiple users and switch between them instantly right from the lockscreen. We believe that everyone should have quick and easy access to their own stuff -- email, apps, bookmarks, and more. That way, everyone can have their own home screens, their own music, and even their own high scores.

Oh,and here's another interesting feature: you know that odd-looking oval on the back of the Nexus 10? It turns out that little plastic piece can be removed and replaced with an attachment with a built-in cover. It smacks just a little of the iPad's Smart Cover design, but it's a nice way to integrate the accessory if you want it without leaving big gaping holes in the frame.

We couldn't agree more, Google. The device will be available at $399 for the 16GB model, and $499 for a 32GB model. The tablet will go on sale on November 13th simultaneously in the U.S., U.K., Australia, France, Germany, Spain, Canada and Japan. You can sign up to be notified by email once the tablet becomes available on the Play Store right now.

Mountain View, CA—October 29, 2012— The newest tablet from Google and Samsung’s joint efforts, Nexus 10, is a powerful device that marries Samsung’s best-in-class hardware, the latest version of Android—4.2 Jelly Bean, and the best of Google. With the world’s highest resolution tablet display, all new multi-user support, immersive HD content and the best Google apps - Nexus 10 has something for everyone.

Nexus 10 packs powerful components inside a surprisingly lean, soft-to-the-touch frame – measuring an incredibly thin 8.9 mm and weighing just 603 grams, it’s the perfect couch or coffee table companion. Nexus 10 was created in partnership with Samsung and comes with a blazing fast dual-core A15 processor and advanced MIMO WiFi, giving you web browsing speeds up to 4x faster than normal WiFi.* With the 1.9MP front-facing camera, you’ll look great as you video chat with up to nine friends at once with Google+ Hangouts, and so will your friends on the dazzling 10" display.

Nexus 10 was made for everyone to enjoy. Just turn on your tablet and tap your photo to sign in to your own home screen, apps, email, photos and storage. All new multi-user support lets each user have their own separate space, and save their own individual high scores on games, all on the same tablet. With the new Daydream mode on Nexus 10 you can display useful or delightful information on your tablet when it's charging. Choose to show off your photo albums, get the latest news from Google Currents, and more.

Samsung continuously strengthens our partnership with Google to deliver the most compelling Android device experience, enabling users to be always on the top of the game.

Huawei Shows Off The Honor 2 With 1.4Ghz Quad-Core And 2GB of RAM