We've been following the 32GB Nexus 7 meticulously over the past few weeks, and we're pretty sure it's going to be announced soon, possibly alongside a 3G variant of Google's hit 7" tablet. Of course, one of the most significant aspects of the 32GB N7's story is that it's expected to ring in at a $249 price-point, with the 16GB variant dropping down to $199.

We saw some proof of that earlier today at certain Office Depot locations, but now we have one more drop in the bucket – the 16GB Nexus 7 has gotten a price slash on GameStop's website, down to – you guessed it – $199. 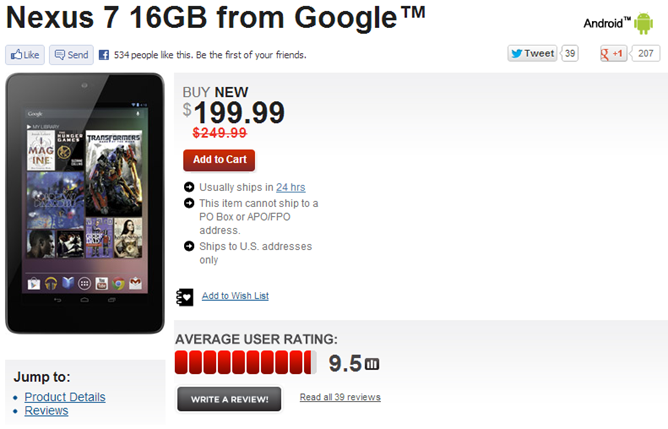 If you were able to resist the 16GB Nexus 7 back at launch but have been lusting after the device since, this is great news – you'll (presumably) have the option of going for the 32GB at the same price, or paying less for its 16GB counterpart. When we'll see the 32GB slate officially announced is still up in the air, but we'll keep you up to date as more details emerge. In the meantime, you can grab the Nexus 7 16GB at the link below.