As some of you may have noticed, I'm Android Police's resident AOKP nut, running the popular custom ROM on both on my Galaxy Nexus and Nexus 7. Good news, everyone: Android Open Kang Project has reached Milestone 1 of its Jelly Bean release, and official downloads are now available for all flavors of Galaxy Nexus, Nexus 7, and Nexus S. More supported devices should be updated tonight and tomorrow. 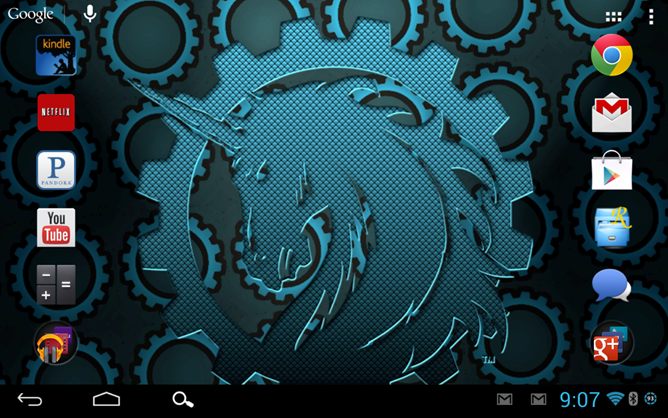 Team Kang notes that this will be the last update before the Jelly Bean 4.2 AOSP code becomes available, whenever that is. All of the bug reports from popular modder forum RootzWiki and those submitted to Team Kang's Twitter account have been addressed. A few new features have been added, most notably the ability to adjust the width of the newly-customizable tablet navbar. You can also add vibration to the lockscreen targets, hide toggles, and do some nifty new things with the clock and calendar in the notification drawer.

This time we definitely focused on fixes, we managed to close each bug report received on Rootz and Twitter in the last few weeks.
But AOKP isn't AOKP without new features, right?

AOKP JB M1 (WTF BBQ) is available for download from the AOKP site now, as well as through the Kangerator app. In both cases, remember to flash Gapps afterward, even if you're coming from the latest build.