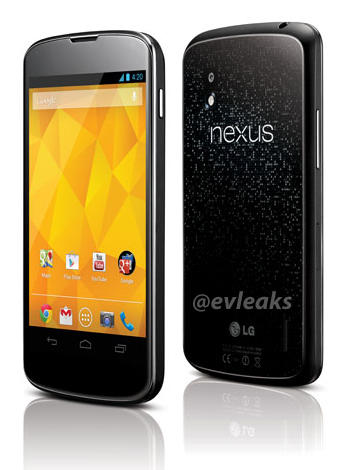 And there you have it - the Nexus 4 in all of its glory. Again. It looks like, well, what we expected it to look like given the fact that we've already seen it roughly a dozen times. Now let's just hope we can officially get eyes on it Monday, and the incoming Frankenstorn doesn't ruin our fun.

Counterpoint: The Android 4.2 Tablet UI Looks Just Like A Giant Phone's, And That's A Shame