UPDATE: BriefMobile has just given us another treat, catching a (very) quick video of the Nexus 10, showing off – to some extent – its speed, and the 4.2 lockscreen in landscape mode. While the video is short, it does more justice to the device's overall form factor than probably any single photo we saw yesterday.

The post also suggests that the slate's display might be an IPS panel after all, as BriefMobile's source indicates the display has color reproduction and clarity similar to HTC's SLCD2 panel.

BriefMobile has just published what it says are the first photos of Google's upcoming Nexus 10 tablet. We've heard a lot about this device since it first showed up in our logs as "manta," and now we have a face to put with a name. A face with a "brushed aluminum" feel, that is extremely light and thin, according to the source. The tablet's body also has significantly straighter edges than the leaked "quick-start" guide suggested.

The tablet, as we all know is expected to be announced at Google's event Monday, October 29th in NYC, and is rumored to be packing some serious specs, not the least of which being its eye-melting 2560x1600 display. Here's a quick look at the other specs revealed by BriefMobile.

Without further ado, here are the photos. 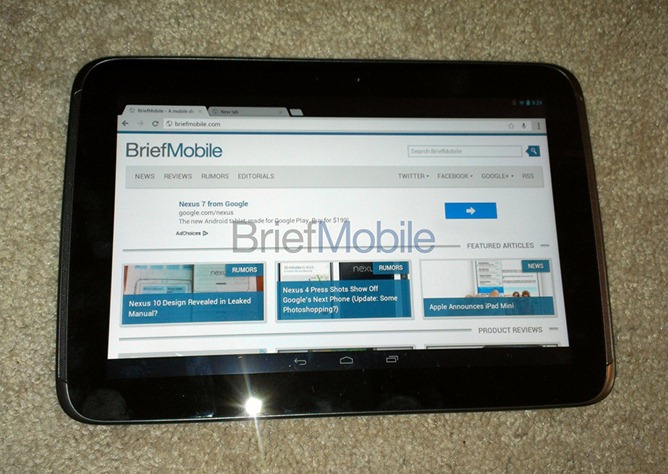 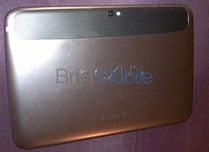 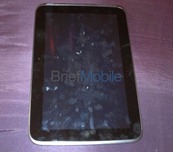 As you can see from the photos, the tablet has a metal (or metal-like) casing with a grippy rubber section surrounding the camera, and ample front-facing speakers flanking the screen. By BriefMobile's tape measure, the device is about 10" long by 7" wide, with an overall diagonal measurement of just over 11".

The coverage also showed off the Nexus 10's software. Many of the things Ron dug up in his exploration of 4.2 have proven to be accurate including a new camera app, user accounts and quick settings. BriefMobile indicates that test units of the Nexus 10 were given 4.2 (with the fingerprint google/mantaray/manta:4.2/JVP15I/508255:user/release-keys) just two days ago on October 24th.

For starters, Brief's coverage confirmed that Android 4.2 is in fact still called Jelly Bean, and the 10" slate will use the same "hybrid UI" from the Nexus 7, just in a wider format for landscape viewing. This will be something that takes getting used to, but your humble author kind of digs it. 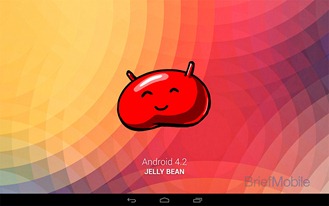 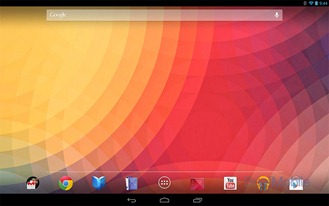 The camera app has been "significantly improved," with a new slide-to-activate menu and updated icon (though it isn't the one we saw before). 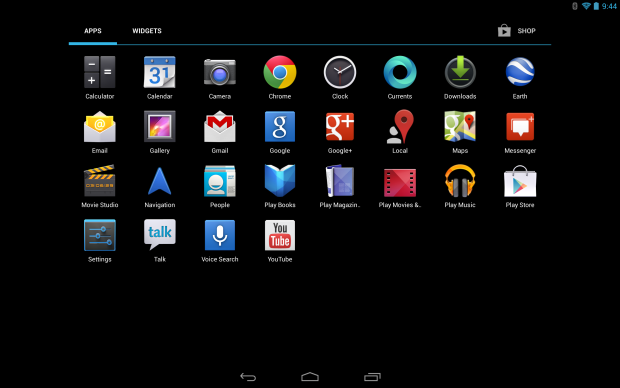 The blog also notes that user accounts seem to be enabled judging from the screenshot of the "quick settings" menu below, but the exact details of use are unclear. 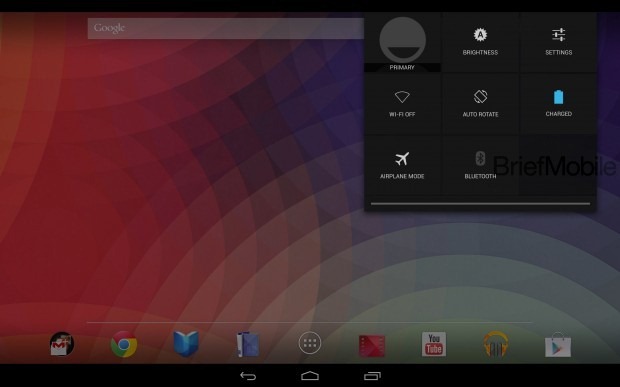 There you have it – a look not only at the unannounced (and until now well-hidden) Nexus 10 tablet and a peek at Android 4.2. Enough to whet your appetite? There are just three more days until the announcement that will be nothing if not exciting.

For a few more photos, and BriefMobile's original coverage, click below.