If you're a fan of tower defense games, then you've probably played one of the first two Tower Raiders (or both). You probably also know what a saturated market the TD scene is. So, what's a title like TR to do to stand out in the crowd? Create a completely immersive environment - that's what.

I have to say it looks pretty amazing, and I'm not even a big fan of TD games. This one throws a few new elements into the mix, especially for those who have played previous editions of Tower Raiders. For starters, the environments ditch the mostly top-down look for a unique 3D world. And guns aren't all you have control over this go around, either - you're in charge of protecting the humans who are harvesting resources for more towers, so you also have an army. If you find yourself outnumbered, call up your "Shock Troopers" to get the job done. Booyaa.

This game is in open beta while Gianormous Games irons outs the bugs to offer the best possible experience, so you can get is sans-price tag. 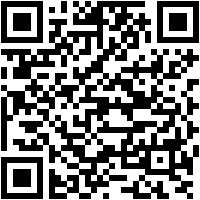