If you've been on the fence about upgrading to the Galaxy S III from... whatever phone you're running these days, but were waiting for a better price, Best Buy's Deal of the Day could be the one for you. For today only, you can score the GSIII for a mere $99 with free shipping, a price that's good for both new contracts and upgrades. That's the best deal we've seen yet for the latter. 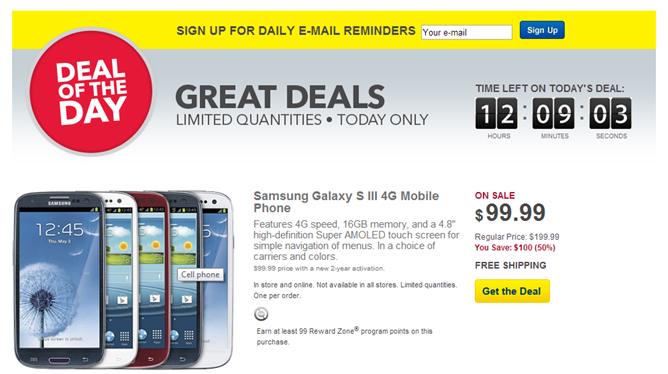 The deal is good for all of the Big Four - AT&T, Sprint, T-Mobile, and Verizon - though if you're looking to score one on VZW, you'll have to hunt the device down manually; for some reason, BB decided not to include it in the promotion link. I checked it out, though, and the deal is definitely applicable on Big Red's variant.

The deal ends in about 12 hours (at the time of writing, of course) and is only good online, so make your choice and hit the link.

New DMCA Exemptions Allow Rooting Phones (But Not Tablets), Unapproved Phone Unlocks Will Be A ...