Consider us floored: pictures from a booklet claiming to be a Nexus 10 manual (and I think that claim looks pretty well-founded) have leaked on Korean blog Seeko. I'm not even going to say any more before just showing you the evidence. 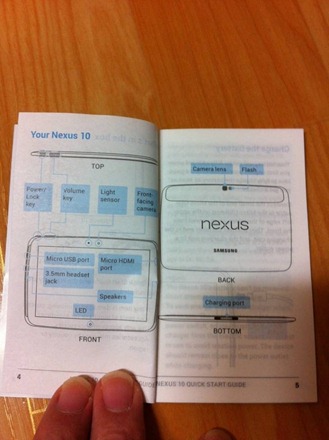 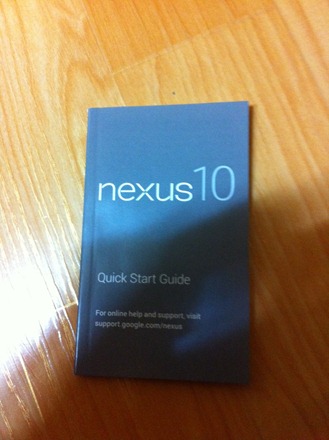 Sure, it's possible to fake something like this, and no, this doesn't mean for sure that we'll see the Nexus 10 unveiled at Google's NYC event next week, but this pretty much confirms the existence of the thing.

We've known there's been a Nexus tablet floating around - the Nexus 10 has actually showed up in our server logs multiple times in the past few weeks.

Now, the manual does inherently confirm a few other things: the tablet is ready for official production, meaning the design is finalized, and that we can probably expect to see it in the relatively-near-future. Whether the "near future" is an unveiling next week, we can't be sure. But we've heard so many rumblings about a 10" Samsung Nexus tablet that we really don't feel much in the way of hesitance on calling this the real McCoy.