We know how you like your games. Engaging with a hint of hilarity and fantasy. Penny Arcade, legendary webcomic and gaming community taste-maker, has released the third installment in its turn-based RPG Penny Arcade's On The Rain-Slick Precipice of Darkness 3 to the Play Store. $3 gets you access to the entire adventure, extra DLC and a "rejiggered UI," which just sounds fancy!

If you've ever played Final Fantasy, Chrono Trigger, or been on the internet for five minutes, you should feel right at home in this game. The class system even allows for multiple career and battle modes, including Dinosorcerer,Cordwainer, Slacker, and Hobo. Did we mention this was made by Penny Arcade?

The game is $2.99 on the Play Store and, if there was ever an RPG worth checking out, it's probably going to be this one. Grab it from the widget below and make with the adventuring already! 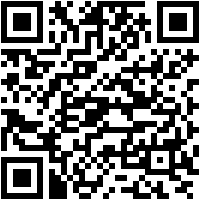 4 Weeks Of Podcast Prizes: Tune In To The Android Police Podcast Live And Win Tablets, Starting ...