Majesco Entertainment is asking Android users if they are ready to "become a legend" with Legends of Loot, released to the Play Store today.

Legends of Loot, as you may expect from glancing at the icon above, is a humorous, cartoonish, "not-so-typical" take on the adventure game genre. The game, which promises players will "quickly develop into grand adventurers" as they progress through each environment, follows a plucky protagonist who must face off against evil dragon overlords while solving "mind-bending" puzzles and traversing mazes and traps in Egyptian, Medieval, and Asian environments across close to one hundred levels.

Adding a facet personalization to the experience, players can customize their hero with clothes, "quirky" weapons (see plunger above), armor, and magical items. Players can also bet in-game gold on skill-based challenges for the chance to win big. Interestingly, the game also has a social touch – players can connect with one another via an in-game calendar, keeping track of friends' progress and receiving notifications of "special events." The game also has OpenFeint support.

If you're into adventure games or dungeon crawlers, but also appreciate a fun, humorous twist, you'll like Legends of Loot. Considering it's free to play, there's no reason not to check it out. Just click through the widget below. 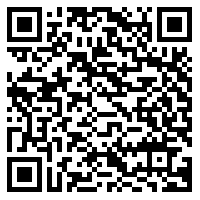 [Deal Alert] Save A Massive 50% On All Samsung Mobile US Accessories (Including Note II) With ...