What's the next best thing to visiting a theme park? If you said "designing one in a game," you're probably wrong. That doesn't mean it isn't fun at all, though. EA's newest game, predictably named Theme Park, lets you design the amusement park of your dreams.

The game follows the 'build it and they will come' mantra. You have to create attractions that will bring patrons to your park so you can make cash. You can turn around and use that money to build more shops and rides. To stay busy, you go around tapping on all sorts of things in your park to collect experience and money. Many of the rides can actually be played like mini-games to generate additional resources. It's got some impressive graphics, too. 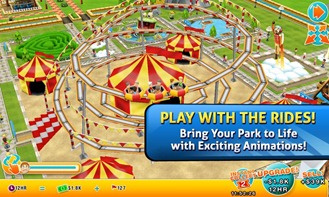 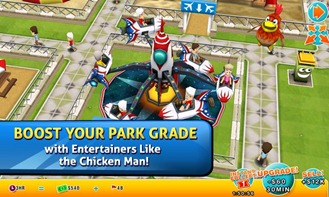 Sadly, just playing the game is only going get you so far because Theme Park pushes in-app purchases pretty heavily. There is cash to be had in the game, but a parallel currency system of tickets is used to construct many of the better attractions. You get very few tickets from playing, so in-app purchases are the only way to go. Theme Park is a free download in the Play Store.

4 Weeks Of Podcast Prizes: Tune In To The Android Police Podcast Live And Win Tablets, Starting ...