At this point, this one online retailer has leaked more information than we have space on the internet to put it. This time, the inventory system that previously leaked the name of the Nexus 4 is showing with color options and a price tag in tow. Apparently this device will cost £389 without a SIM. For our American readers, the exchange rate would bring that out to about $628, though we imagine they'll massage the number a bit by the time it hits the states. 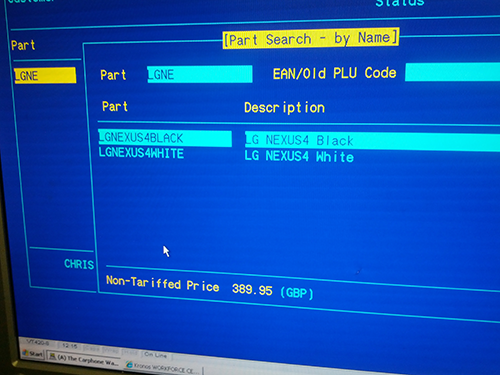 We also see that there will apparently be a white version to go along with the black. No word yet on just how they're going to prevent the glare on the sequin-covered, glass-encased, white phone from burning off the retinas of passerby, but my overactive sarcasm gland has been informed by sources within the rest of my brain that it will probably actually look pretty alright.

It is worth pointing out, in the interest of skepticism, that we've already had one leak today from Carphone Warehouse with some less than reliable screenshots. In general, we have better luck getting accurate info from the company's internal system, but we wouldn't suggest removing your tinfoil hats just yet. This is, after all, one of the most hoax filled seasons yet.

One thing's for sure, though. Monday can't come soon enough. Also, that's the first time anyone's ever written that sentence.