I love NFC. In fact, I use it every single day and can't imagine going back to life without it. Since I'm running CyanogenMod 10 on both my tablet and phone, I take full advantage of the profiles feature, which allows custom settings for various situations like work, home, night, and more, each of which can be activated (and de-activated) via NFC.

Beginning now, Samsung owners with NFC-capable phones can utilize a very similar feature with the newly updated TecTile app. For those who may not know, TecTile is a Samsung proprietary application that lets users write and re-write activities to NFC tags. And now, with version 3, it allows far more customization than before. 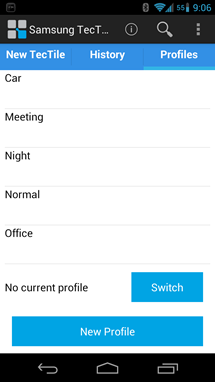 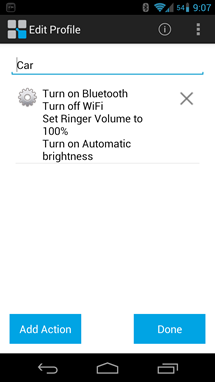 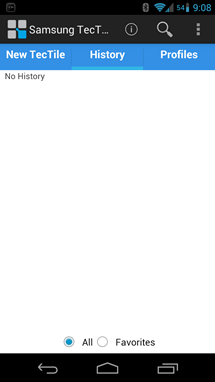 First off, it packs the aforementioned profiles feature. For example, if you want your ringer and notification volume set to 100% with vibrations on, Bluetooth enabled, Wi-FI disabled, and automatic brightness  when you're not home, you can assign that to a "car" profile, then write a trigger to an NFC tag. As soon as you tap the tag, the profile is activated. The cool thing here, though, is if you have a friend with different settings for their "car" profile, the NFC tag will activate it as it's defined on their handset. Pretty rad.

Aside from that, the update also brings stored tag history, support for private tags, and the ability to unlock a previously locked TecTile (Samsung's branded NFC tags).

The update is available now in the Play Store, so if you have a compatible device, hit the widget to grab it. 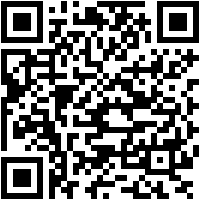 Note: TecTile is available to users in the US and Canada only.

[Update: Another Angle] Alleged Press Shot Of The LG Nexus 4 Leaks, But Is It The Real Deal?