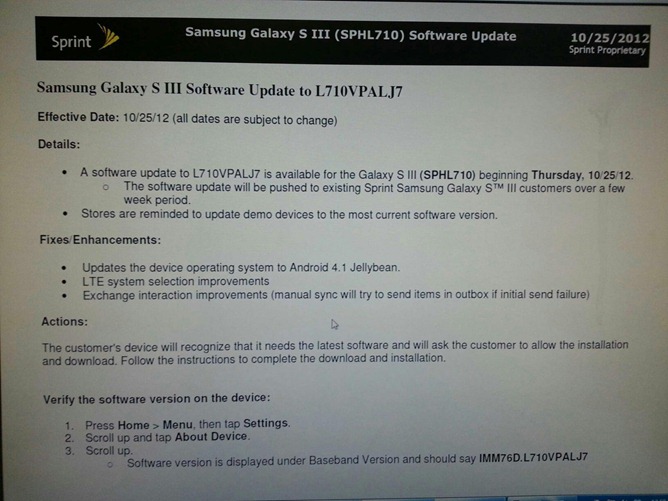 Here are a few things that made me doubt the validity of the information:

Given all the inconsistencies and oddities, I chose to postpone the post while we collected more feedback. While I wasn't able to get a direct confirmation from our sources at Sprint yet, a number of people came out on XDA and vouched that they had seen exactly the same information on their end. I'm still incredulous, but at this point I'm willing to accept that internal memos are sometimes written hastily by people who don't work in PR and don't care about being 100% correct. After all, the information is not meant for the public.

Let's see what happens tomorrow, shall we? We don't have that long to wait anyway. If Sprint comes through, it'll be the first carrier to bring the S III Android 4.1.1 update to the U.S., once again beating out Verizon (and the rest of the pack).

[New App] Fontly Gives Font-Nerds Something To Type Excitedly About

Flipboard Updated To Version 1.9.7, Brings Audio To Your Newsfeeds