We've been hearing rumors of Verizon's massive 5" HTC phablet codenamed DLX for weeks now, but now we may have an idea of what the device's release name could be: the Droid DNA. 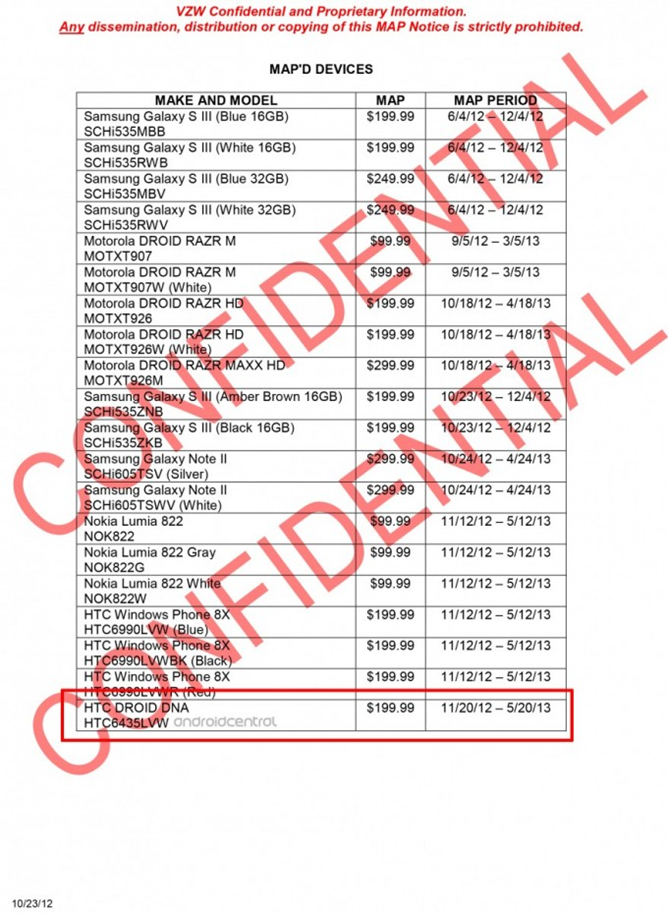 According to a leaked MAP (minimum advertised price) document that fell into the hands of Android Central, the DNA could hit Big Red's shelves around November 20th for the typical $200 price tag. Then again, it also has the Note II listed with today's date, yet we haven't heard anything about it from Verizon.

Still, this brings a couple of things to light: an HTC device named Droid DNA is coming to Verizon, and we'll likely see it sometime during the week of 11/20. Given the model number HTC6435LVW, all signs point to it being the beastly DLX. Bring it.

Roller Coaster Tycoon And Dungeons And Dragons: Warbands Are Coming To Android In 2013