In addition to official carrier launches (and the opening of pre-orders), though, Wirefly.com has opened up orders for the Galaxy Note II's T-Mobile variant, listing the flagship phablet at $279.99 for new or upgrading contracts. This beats T-Mobile's $369.99 price by a weighty $90.00, and it's worth noting that Wirefly is throwing in free shipping. 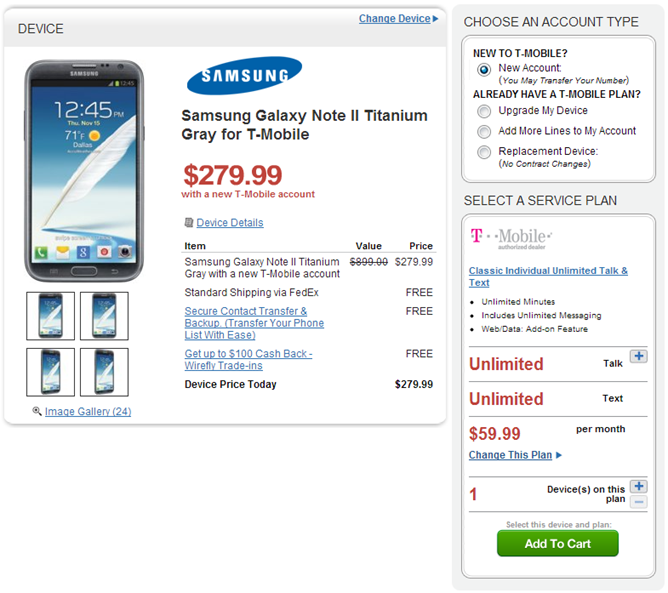 Just in case you've forgotten what makes the Note II such a sweet slab of smartphone, here's a quick rundown of its specs.

If you want to be the first one on the block with a T-Mo connected Note II, and you want the best price currently available, just hit the appropriate link below to grab either the Titanium Gray or Marble White variants from Wirefly. If you're still on the fence, hold tight for Ron's upcoming review.

The iPad Mini Vs. The Nexus 7: A Showdown Of Miniature Proportions