When it came out early last month, Beach Buggy Blitz was one of an increasing number of Tegra-exclusive titles to hit the Play Store, which understandably upset some people. Namely, those people without Tegra devices (what a great excuse to buy a Nexus 7, though).

Now, the game has gone for a wider audience, and is available for most modern, high-end phones. The only specific handsets named are the Galaxy S III / II and One series, but there are obviously plenty of others that should be able to handle Buggy Blitz.

The update for non-Tegra compatibility also brings a Halloween theme to the game, which adds the "Grim Rod" car and two new drivers. There's also a brand-new in-app purchase option to encourage you to spend some more money, if that's at all surprising. Numerous bug fixes and optimizations round out the changelog. It's free to play, so head over to the Play Store to get it now. 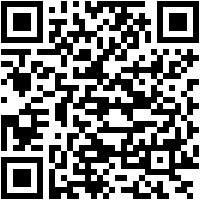