About two weeks ago, we published some clues from our own server logs indicating that there were two as-yet unidentified Nexus devices cruising the web. One, the Occam, is believed to be a phone. That device remains unidentified (it is not, as some speculated, the Nexus 4, which is called "Mako"). Our guess is still that it's a Motorola RAZR Nexus device, but who knows if or when we'll actually see it.

There was another, though: the Manta. Lacking the "mobile" flag in its UA string, we have to assume this is a tablet. And now, we're seeing something else quite interesting populating our traffic logs:

There's nothing specific in these UA strings that makes us think that this is the Manta - except for the fact that it's not often you see a probably-tablet running an unreleased build of Android. Also, Manta entries have since disappeared from our logs. Because of that, it seems pretty likely that we're talking about one device here: Nexus 10 is Manta, Manta is Nexus 10. And Finkle is Einhorn.

We understand that we're always going to get the naysayers when it comes to server logs: "they can easily be faked." And yes, they can. But we (read: Artem) looked very carefully at these logs, the IP addresses they originated from, and nothing we've seen suggests in the slightest that they're fabricated. Adding credence to this name is an image over on the Italian blog Android.HD, with EXIF data showing Nexus 10 as the camera model. That image originated from Korea. Update: Now we're seeing a second Nexus 10 image, apparently taken at Google's Hamburg office, posted by the French blog Galaxus. You can see that photo on Picasa here. 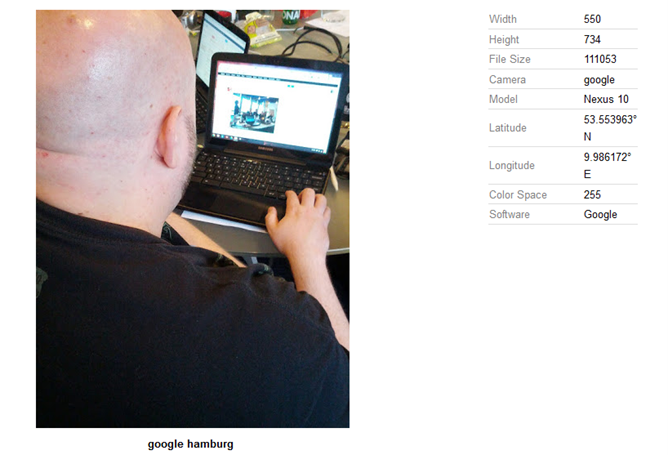 This lines up with a recent rumor from CNET that suggests Samsung is partnering with Google on a 10" Nexus tablet. And let's not forget that we already know a next-generation Samsung tablet is being planned, as it was leaked in a document that was part of the first Samsung v. Apple trial just a few months ago. That device allegedly had an 11.8" display, but given the date of the leak, that may very well have changed, as product plans often do. Or, Google might've done what it did with ASUS's ME370T (Nexus 7): saw an upcoming product, reached out to Samsung, and said "hey, we'd like to make this the next Nexus tablet - with a few changes." We could also see both a Samsung-branded version along with a substantially different Nexus edition (ala Optimus G and Nexus 4).

Basically, there are a lot of very plausible ways this could work. And there are an increasing number of reasons to think that the Nexus 10 does exist, and that we'll see it at some point.

Now, come down the rabbit hole with me for just a second while I start speculating. Warning: reading beyond this point may get your hopes up, only to later have them mercilessly shot down.

While CNET's rumor suggested the "first half of next year," I wouldn't be surprised if we see this device previewed significantly earlier than that, as was the case with the Motorola XOOM. Remember, Andy Rubin first demoed the XOOM in December 2010 at Dive Into Mobile - well before its official February 2011 launch, and way before Honeycomb was even ready (hell, Honeycomb wasn't ready when it launched). We all know Google has an event planned for the 29th, and we all know a big part of what we're going to see: Android 4.2, and the Nexus 4 (if that really is the name, shudder).

Dive Into Mobile 2012 is on October 29th and 30th. Andy Rubin is on the speakers list. It's very much a real possibility (let's manage our expectations here) that he'll show absolutely nothing unreleased or otherwise exciting. He could just be there to pitch Android 4.2 and the Nexus 4 to yet another audience.

But Andy Rubin really isn't really Android's spokesman, not anymore. I mean, he runs Android, but he didn't even speak at this year's Google I/O, when Jelly Bean and the Nexus 7 were unveiled. That was left to Matias Duarte and friends. Andy Rubin is definitely more of a behind-the-scenes kind of guy - well, as behind the scenes as the man heading up the world's most popular mobile OS can be. So, why have Andy Rubin just re-tell the same story Google is already holding a big event for? It seems redundant. I'm sure he'll talk about those things, too, but I wouldn't be surprised if he rather nonchalantly gives us a sneak peek at "what's next."

And, come on, we're on the verge of an iPad Mini announcement, and the launch of the Microsoft Surface. The timing for these rumors, the conference, and competing products just seems a little too convenient.

Of course, it could be nothing at all. But it's fun to get excited at the possibilities, right?