When we think of "budget" phones, a $500 Galaxy S III may not be the first thing that comes to mind. However, MetroPCS' usual strategy of having customers buy phones off contract and save money on the service is in full swing here. The device comes with a hefty price tag up front, but pick up the carrier's $50/month plan for unlimited talk, text, and 2.5GB of data, and you're looking at around $1700 over the course of 2 years. Compare that to, say an $80/month plan with a $200 device ($2120 over two years) and you could face some steep savings. Not bad. 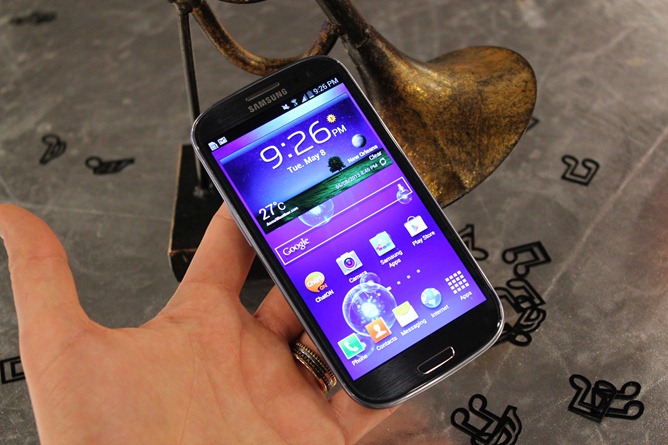 Samsung's premiere handset will be coming to MetroPCS on October 22nd, available both in stores and on the carrier's website. Hopefully you've already been saving your pennies. As we said, you can certainly save money over the course of two years, but that initial price tag is going to set you back a bit.

DALLAS (October 19, 2012) – The wait is over for consumers looking for the Galaxy S® III from Samsung Telecommunications America (Samsung Mobile) without being shackled to a lengthy wireless commitment.  MetroPCS Communications, Inc. (NYSE: PCS) announced today that it is offering consumers more choice and value as the only no annual contract 4GLTE wireless service provider to offer the Galaxy S III, Samsung’s best-selling premium Android™ smartphone. The Galaxy S III will be available in select stores this weekend, and in all MetroPCS stores and online at www.metropcs.com beginning Monday, October 22.

Together, the Samsung Galaxy S III and MetroPCS’ 4GLTE service plans deliver an unmatched value to consumers unwilling to compromise on handset or service. Priced at $499 plus tax, the Galaxy S III is available on any of MetroPCS’ affordable 4GLTE service plans, which range from $30 - $70 per month, including the limited-time promotional plans of 4G LTE for $30 or unlimited talk, text and 4GLTE data for $55 per month (taxes and regulatory fees included). When comparing total costs of both the smartphone and rate plans with other 4G LTE operators, consumers can save approximately $1,200 or more over the course of two years (based on MetroPCS’ current $55 4GLTE rate plan).

“We are excited to make the Samsung Galaxy S III smartphone available to our no annual contract subscribers,” said Tom Keys, president and chief operating officer of MetroPCS. “With roughly one million 4G LTE customers already, we recognize that many want a premier smartphone that offers an array of high-end features and runs on our 4G LTE network. Available with any of our 4G LTE service plans, this smartphone offers a postpaid experience at a tremendous value to our consumers.”

Not merely for consumers who demand more affordability than ever, the feature rich Galaxy S III at MetroPCS makes it easy for people to share content and experiences, quickly navigate applications and support a multitude of tasks.

The Galaxy S III at a Glance

· 8MP back and 1.9MP front cameras with features such as Burst Shot™ to capture still pictures at a rapid-fire pace with zero shutter lag; Best Shot that recommends the best picture to keep based on colors, lighting and clarity; and Share Shot, that allows other Galaxy S III users to quickly and wirelessly share pictures from up to 200 feet away over Wi-Fi®AllShare® Play streams videos, photos and music to various connected devices including TVs and speakers, remotely accesses files and shares group presentations and photos

LG Nexus 4 Outed (Again) By EVLeaks, Confirms Most Specs And That Godawful Name