UPDATE: This story has developed a bit since initial publication, so I'll give a brief recap for those who missed it. After publication, a disgruntled commenter called "Disgusted" posted a series of accusatory comments, suggesting that I, and by extension the entire AP team, was behind the Sony Nexus X hoax.

The reasoning for this was a Google+ post I published after the initial debunking, showing a Photoshop creation I had made to point out the ease with which such a device could be whipped up (like I did when debunking a Galaxy SIII leak way back when). This image may have been included in the debunking post, but by my estimation was not of high enough quality.

Further, the hoaxster wrote a specific shout out to AP for investigating the original image.

Twitter user and noted source of leaked devices and information, EVLeaks followed up on those comments by tweeting the following:

Liam from AP posted a render of the phone, bit.ly/TDbHpT and the hoaxer used AP contact form in his admission bit.ly/PfTyTB

This was swiftly proven incorrect. The original hoaxster has just revealed himself (and his name) again on Gizmodo. Check here for the story.

There's no doubt this Nexus season has been tumultuous. Spurred by a game of rumor telephone initiated by the Wall Street Journal that we may see multiple Nexus phones this year, it seems that creating elaborate hoaxes has become something of a sport. First, we had Peter, who created, then explained, one of the most detailed hoaxes we've seen in a while.

Another notable fake that passed across our front page recently related to a purported Sony Nexus X device. We had reservations about its validity for a variety of reasons, and it looks like our instincts were right.

In a post to a newly-created Tumblr account, an anonymous source, who says he (or she) created the Sony Nexus X images, explains the process of creating and watching the hoax grow wildly, all in a long infographic that you should probably take a look at. 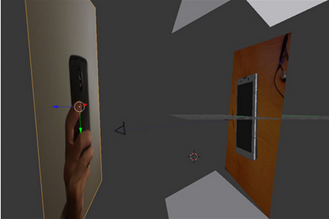 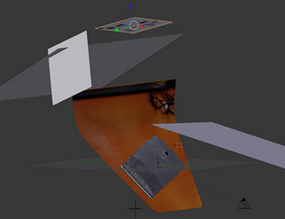 So how did our endeavoring hoaxster do it? Contrary to my initial impressions, it wasn't just the work of Photoshop. The original renders, which were later photographed on a computer monitor with a Galaxy Nexus (to reproduce the blurry-cam aesthetic and EXIF data we all know and love), were created primarily using Blender, a 3D modeling program. This explains why the renders' perspective seemed to be spot on. The hoaxster even went so far as to render a plane for the reflection of a hand on the device's screen (which, as the hoaxster points out, wasn't flipping us the bird after all). 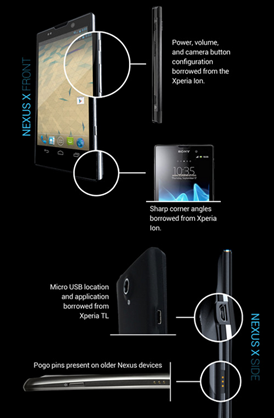 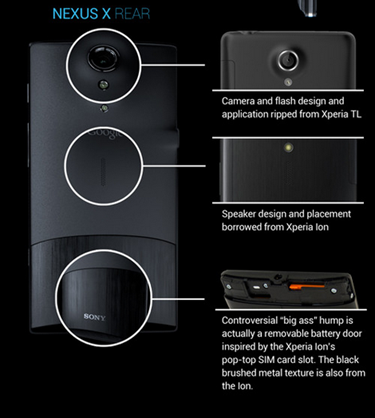 As for the device itself? The infographic covers that too. To create a compelling and convincing image, the hoaxster combined aesthetic and structural elements from a variety of Sony Xperia devices, and sprinkled in features sought after by the Nexus crowd. The inexplicable home screen aside, the graphic explains in great detail why each decision was made.

Why would someone do this? I can almost hear your hearts crying. The hoaxster explains:

To be honest, I cooked this scheme up on Saturday, October 13th without a whole lot of initial thought behind it. As a fun exercise in 3D device modeling, I was already halfway finished with my vision of an ideal-yet-not-too-pie-in-the-sky rendering of a Sony designed Nexus device. Nothing nefarious here, folks; just a guy sharpening his skills.

While catching up on the latest info pertaining to the LG Nexus 4, I wondered to what degree leaks like this are promoted by the original source before a news agency picks them up.

Of course, once the "leak" took off, it was another story – the hoaxster goes on in a very wordy conclusion to explain their observations on the entire episode, noting the varying degrees to which tech outlets covered, or lent credulity to, the rendered images, giving an "extra special shout out" to us for taking a moment to step back and think about what we were seeing.

The post wraps up with general observations about the state of tech journalism, the Internet, mobile tech, and, finally, human action's inability to be accurately predicted.

Regardless of your feelings about the hoaxster or a Sony Nexus device or even the LG Nexus, this hoax and its subsequent explanation serve as a very valuable anecdote for future rumor seasons.

To read the full story (which you definitely should), hit the link below.

Source: Anatomy of a Hoax Via Xperia Blog

What We Use: The Apps, Tools, Devices, And Other Stuff Aaron Can't Do Without