With every $1.5 billion franchise, there's bound to be a slew of games, merchandise, and paraphernalia to go along with it. Today's latest entry is Marvel: War of Heroes, a digital "card" game wherein you play an agent of S.H.I.E.L.D. assembling a crack team of superheroes to save the world's supply of ISO-8 from supervillains. Of course, we use the word "card" here rather loosely as anyone who's played a card game before, digital or otherwise, is likely to be a little flummoxed by how this game works. 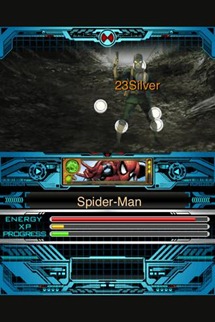 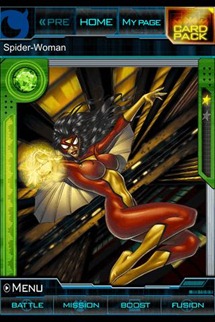 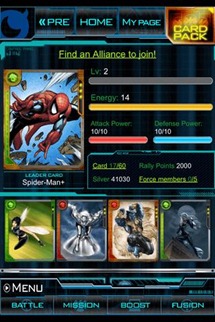 The strategy of the game seems to take place in deck construction, not actual combat. Pick your heroes, add power-ups, spend all manner of points you acquire from various different missions and away you go. Once you're battling baddies, though, all the decisions are pretty much made. The strength of your deck is measured against the strength of the opposition's deck. So, no, Magic the Gathering players, this isn't really comparable at all.

Still, it's Marvel and it's the Avengers. The graphics in this game are top notch (though, very curiously, there seems to be no sound, unless the game is just buggy on my handset) and it even features original artwork from several Marvel artists. War of Heroes is free on the Play Store right now. Assemble via the widget below.

Acer Announces North American Availability Of The 7" A110, Coming October 30th For $229