You'd be forgiven for not knowing exactly what Color is or does. The sordid history of this app, and its parent company Color Labs, is a complicated one. Headed by Bill Nguyen, famous for founding Lala, the incredible music streaming service that was purchased by Apple and promptly closed down, Color Labs received $41 million in funding for its initial app Color for Facebook. Several fundamental changes and a year and a half later, the company is reportedly going to close the books on itself. And I still don't know what it does.

According to VentureBeat, the following is part of an email that was sent to employees of Color Labs late last night:

I hope is all well with you.  As you may or may not have heard, Color is going through a number of changes.  Last week, the Board and major shareholders voted to wind down the company.

We ask that you politely cancel any existing commitments stating we are closing our [redacted] program.

It'd be pretty difficult to misinterpret that. If you were unsure, though, this comes in a long line of rumored and reported drama concerning the company. Just last month, TechCrunch reported that the CEO was missing in action, and that multiple lower-level executives had been promoted to fill the gap. The vacuum in leadership, coupled with extremely low user numbers, the service has just been biding its time until it closes shop. How did we get here, though?

For starters, it didn't get rave reviews when the initial Color was launched. The service was confusing and clunky to start with. Later on that same year, the app pivoted (which is one of those disgusting Silicon Valley startup terms that means "we have no idea what the hell we're doing, so let's try something else") to become a photo and video sharing extension of Facebook. Because Facebook doesn't already do that, right?

Then, in May of 2012, the company tried to latch on to Verizon to score some popularity points. Failing to catch on with consumers, Color hoped to become a hit by providing live HD video streaming to the carrier's 4G handsets. A little over a week later, the two also announced a plan to bring backstage video of SNL to customers. The partnership achieved such stellar success that we accidentally covered it when Verizon put a line about Color into a press release. No one internally at here at Android Police even noticed. 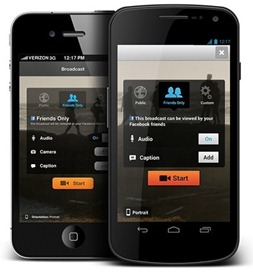 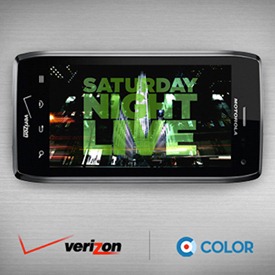 No matter what the deal, Verizon just can't save Color.

Any other company would've been crushed under the weight of their own failure by this point, but Color Labs managed to acquire $41 million in funding in its early days. As Business Insider explained back in 2011 (a piece that is definitely worth a read if you care about Color), that money is part of what's called a "fat startup" strategy. In other words, Nguyen raised all the money he could need for years all at once, instead of slowly proving the company's worth and gaining additional funding over time. This allows Color the flexibility to fail, and even fail disastrously, without ever being at risk of becoming worthless. As long as the company still has plenty of money (and all rumors seem to indicate this is the case), then the company will at least be worth the cash it has on hand. In this case, that is millions of dollars.

This is the part where you can either get very cynical or very hopeful about Color Labs. As of right now, it looks very likely that Color, as we know it, is going to close down. People might lose their jobs. Or they might be transitioned into new jobs within the company! Meanwhile, Nguyen is likely going to come back from his sabbatical to a company rich with cash and nothing to do. A perfect opportunity for a spending spree, whether for good or ill.

It's important to note that Nguyen isn't even a serial start up crasher. In 1998, he launched an email company called OneBox that was acquired for an astounding $850 million a year later by Phone.com. And, of course, there's the sale of Lala to Apple for $80 million. The ambitions of Color may be pure hubris, but there is more to this story than one bad idea and some wasted capital.

This is the nature of the Silicon Valley startup beast, unfortunately. It's unstable, it's risky, and it sometimes leads to disaster. Color is dead, baby, dead. There's no other way to interpret this ending. It's just as true that the leadership of the company that drove Color into the ground still has stacks of cash to do with as they please. And they've had that security since day one.

Whether that's the glory of capitalism or the arrogance of serial entrepreneurs is up to you.

Update: VentureBeat has updated its article stating that the above quoted email was only sent to one employee, not to a number of them as was previously stated. A spokesperson for the company also stated that, "Color is not shutting down." As we've covered, though, that is most certainly true. Color Labs, as a company, is not likely to shut down, since they have plenty of cash reserves. The future of Color as an app and a service as it exists today, however, is likely just as much in question as it was before this report. As we get more details, we'll keep you updated.

Quick Tip: How To Search Only Android Play Store Titles And Cut Out The Noise