There's no secret anymore. Hasn't been for a while now. But, just in case you need a little more convincing that the 32GB Nexus 7 is a real thing, it has now made an appearance on two more retailers' websites: Dixons Retail for €199.99 (screenshot below) and Argos for £199.99. It also made a brief cameo at Best Buy Canada for $269, but the page has since been pulled. Good thing we have Google Cache to prove it was there.

These are all on top of the sightings we've already seen at Staples Advantage, Carphone Warehouse, and a few others. 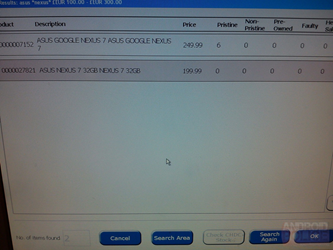 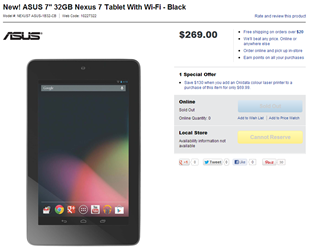 We're officially tired of talking about the 32GB Nexus 7, and it hasn't even been release yet. What are you waiting for, Google? We all know it's coming, and our wallets are open.

[Thanks for the tip, Anon!]

Come Take A Tour Of A Google Data Center With Street View, Which Is Apparently Guarded By Storm ...