Iron Jack 2 is a mashing-up of multiple kinds of genres; it combines platforming with some physics-based gameplay and places them inside a familiar "beat levels, get three stars" box. You play as a lone spaceman whose job it is to collect fuel energy. Once enough energy is collected,a level can be exited and completed.

This sounds simple enough, right? We've seen many games use this formula to great effect, making its players jump through increasingly difficult hoops in order to get that vaunted three-star score, and a place on leaderboards. It's a great way of encouraging replayability: instead of having to concentrate on making every level fun, you just make it competitive, instead.

So What's The Big Deal?

There is one feature that separates good platforming games from the bad. It is the basis of all fun to be had with the genre, and supersedes all aesthetical polish: the control scheme. If a game that requires precise movement has crappy controls, it means that the core player experience suffers, as well. This is what allows relatively simple platformers to succeed; despite a lack of visual flair, games that play well can make up for it.

Iron Jack 2 is a game with above-average controls, as it manages to make do without the benefit of a physical controller. Touchscreen controls are notoriously hard to get right, and thankfully the developers have created a system that works. Jack can jetpack up, move left, right, and fire weapons easily. And at the core of this game, that's what players want.

Besides the platforming, the large allure of this game are the 3D-modeled levels and the healthy physics system that exists within. Jack's weapons all have a significant amount of effect on his environment, and using explosions to push obstacles out of the way is pretty fun. However, there's this point where some objects manipulate too easily without a sense of weight or scope - it gives you the sense that despite looking different, every item behaves exactly the same.

That breaks immersion fairly frequently, and more often than not you'll just plow through obstacles because you can, instead of actually having to come up with a creative way around them. The inclusion of these objects (and the very busy backgrounds) can overwhelm the player - I found that at times there was so much going on visually that it was hard to focus on the game at hand.

While that might not seem like a bad thing, it presents a problem: the game wants you to think it's something deeper than it actually is.

In order to exit a level, your job is to collect a number of floating energy balls; this doesn't change, so the main objective becomes lowering your time. This removes a lot of the strategy involved with playing this game, as with the right weapons (and by timing the recharge) you can obliterate enemies, obstacles, and more with a few clicks.

I can speed through a level by following a simple pathway and hitting the "Nuke" weapon every couple seconds - sometimes this will net me the requisite three stars and I'll move on. It doesn't make me think about the level I just cleared, or even present a reason for me to go back and try it again. While the reward is tangible (points and coins can be spent on upgrades/weapons for Jack), none of them really seem necessary - I can just power through.

I'm not trying to call the game easy, as difficulty obviously scales as you progress, but there's just little reason for me to care besides filling up an arbitrary stars meter. We aren't given any story besides "Jack is a space guy who needs to get fuel back," and frankly, that's not enough for me. Why make a science fiction setting and do nothing with it? 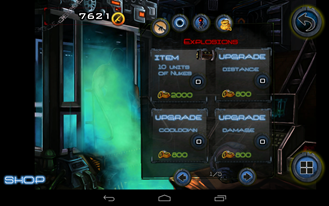 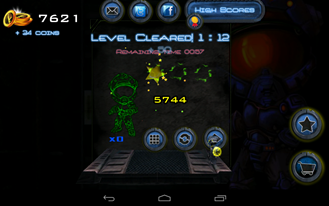 Let's make an obvious comparison and bring up Angry Birds. Both seem similar on the outside: complete the level and get the stars, and get more points through various methods (number of birds used, time limit, enemies killed, scenery destroyed). The controls, while different, are similarly tight and responsive - so why does Iron Jack 2 fall flat?

In the end, it's because despite a solid gameplay experience, Iron Jack has added on superfluous, mediocre elements that overshadow its core features. So many things are just plain unnecessary (player upgrades, physics objects, visual busyness) that it drags down the rest of the game.

It's sad, because a game shouldn't be a highlight in some areas and ultimately hobbled by others. Who knows? You might find that the problems I had aren't as glaring - the game is free, so you can make your own decision. 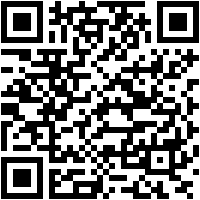 Zombies, Run! Update Brings Accelerometer Support, Now You Can Flee For Your Life On A ...

Rdio Launches Beta For Its Upcoming App Redesign, And It Is Glorious