Prev
Posts in the last
24 Hours
sorted by
Hottest
Next
This update is now live in the Store. Get it! 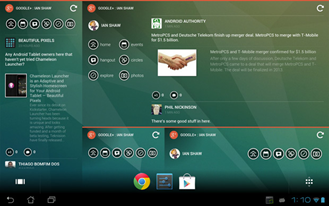 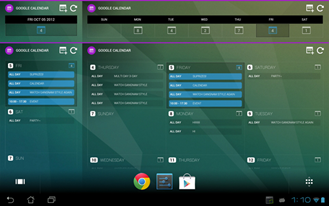 That's not the big news here, though. They also uploaded a new teaser video showing off one of the most requested features: support for stock Android widgets! That's right, once v1.1 is live, you'll be able to use all of your existing widgets inside of Chameleon. That's huge.

Aside from that, Chameleon also posted a look at what some devs have been doing with the Widget SDK, and promised to add a "widget catalogue" in the near future so all users can access third-part offerings.

They didn't offer an exact date for the update, but hinted that I would be available in "the very near future." Bring it on Chameleon - it looks awesome.

[Chameleon Blog via Google+; Thanks, Michael!]

[Update: Winners] AnDevCon IV Is Coming Up On December 4-7 In The SF Bay Area, And We Have Two ...