In its release, ASUS emphasizes the PadFone combo's battery first and foremost among its otherwise amped up specs. The PadFone 2 carries a 2140mAh pack, while the tablet component offers an impressive 5,000mAh that should keep things running for quite a while. That capacity is a tiny bit smaller than the original PadFone's whopping 6,600mAh, probably because the tablet's body has been slimmed significantly to 649g. 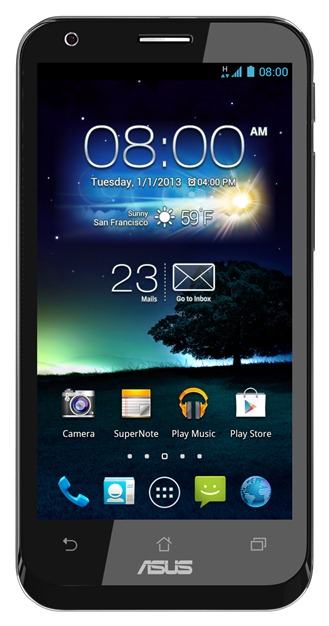 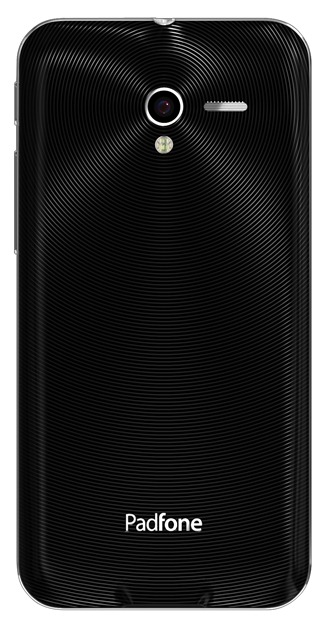 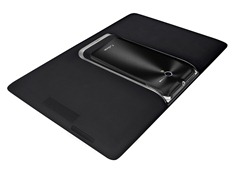 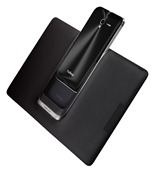 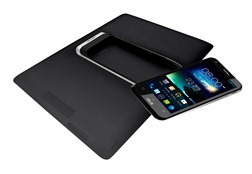 Here's a quick rundown of the PadFone 2's other specs:

Overall, the PadFone 2 looks like a decently-spec'ed phone, and the tablet station could prove to be handy for those that want just one device experience.

As for availability, ASUS says the PadFone 2 will be available "before the end of 2012" in Europe (Bulgaria, Denmark, Finland, Germany, Hungary, Italy, Poland, Portugal, Romania, Spain, and Sweden), and Asia (HK, India, Japan, Malaysia, Singapore, Taiwan, Thailand, and UAE). Other countries are expected to be announced "at a later date." While ASUS' Milan release doesn't specify pricing, Engadget reports that Taiwanese customers can expect to pay about NT$17,990 to NT$21,901 for the phone itself (the price is varied for the 16, 32, or 64GB capacities), with an additional NT$6,000 for the tablet station.

For the full press release, just check below.

PadFone 2 is a fully featured 4.7” Android™ smartphone with industry-leading specifications that docks with the unique PadFone 2 Station to become a lightweight, but fully featured, 10.1” tablet. Apps are seamlessly optimized on-the-fly to support both tablet and phone modes, with an instant transition between smartphone and tablet screen sizes.

Portability with Power to Spare

ASUS’ world-renowned Design Thinking philosophy has significantly reduced PadFone 2 Station’s thickness and weight. At just 649g, the combined weight of both PadFone 2 and PadFone 2 Station is now lighter than most tablets on the market, and the dock mechanism has been redesigned to require just one easy dock or undock action. PadFone 2 has also been subtly refined to increase its screen size to 4.7”, while reducing its maximum thickness to 9mm and weight to just 135g.

A new 13-megapixel high-performance camera captures incredibly detailed images with no shutter lag. Burst mode can capture up to 100 shots at a blisteringly quick six shots per second, while simultaneously recording 1080p HD video at 30fps, or 720p HD video at 60fps. Low-light performance is also enhanced by the wide f/2.4 aperture and a dedicated image signal processor. Both PadFone 2 and PadFone 2 Station feature superlative sound quality too, thanks to ASUS SonicMaster technology and audio tuning by Waves, recipient of a Technical GRAMMY Award® for audio design.

With capacities up to 64GB and 50GB of ASUS WebStorage provided free for two years, PadFone 2 offers endless possibilities for storing data. Data syncing between devices is also a thing of the past, since PadFone 2 storage is used by PadFone 2 Station when the two are connected. Shared mobile data connectivity between smartphone and tablet also means just one data plan is needed for both devices, while support for up to 42Mbit/s DC-HSPA+ and 100Mbit/s LTE delivers super-fast web browsing and downloads.

PadFone 2 also features a new version of the SuperNote app that instantly converts handwritten notes made in multiple languages into editable text. Its Instant Translation tool also translates any word, phrase or sentence in an email, web page or app at a touch, without the need for a third-party translation tool.

PadFone 2 will be launched before the end of 2012 in Europe (Bulgaria, Denmark, Finland, Germany, Hungary, Italy, Poland, Portugal, Romania, Spain, Sweden) and Asia (Hong Kong, India, Japan, Malaysia, Singapore, Taiwan, Thailand, U.A.E). Availability in other countries will be announced at a later date.