Update: Several of you have pointed out that this same visual could be accomplished by holding a Galaxy Nexus in your right hand, with the pinky wrapped around the bottom of the phone. I tried this with a phone of comparable width, and it's pretty hard to emulate the image here to a reasonably precise degree. But, I'd say it is possible, though I think this interpretation is at least a little funnier (here's how I'm picturing it).

Earlier today, our own Liam Spradlin provided a great breakdown of why we think those Sony "Nexus X" photos that are floating around aren't the real deal. Well, a rather intrepid commenter brought to light yet another reason to doubt their authenticity, and we're betting you'll find it as funny as we did (I'll link to the comment at the end - I don't want to spoil anything).

First, lets look again at that picture of the display. 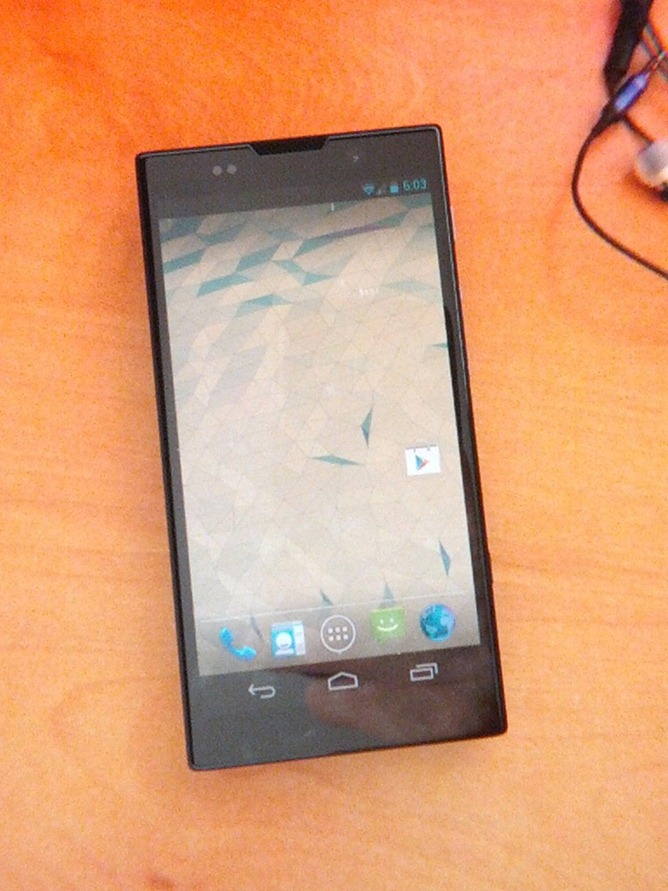 At first glance, nothing seems particularly out of the ordinary. Observe the image carefully. Maybe towards the bottom. No? Nothing? Well, let's take a slightly closer look, shall we? 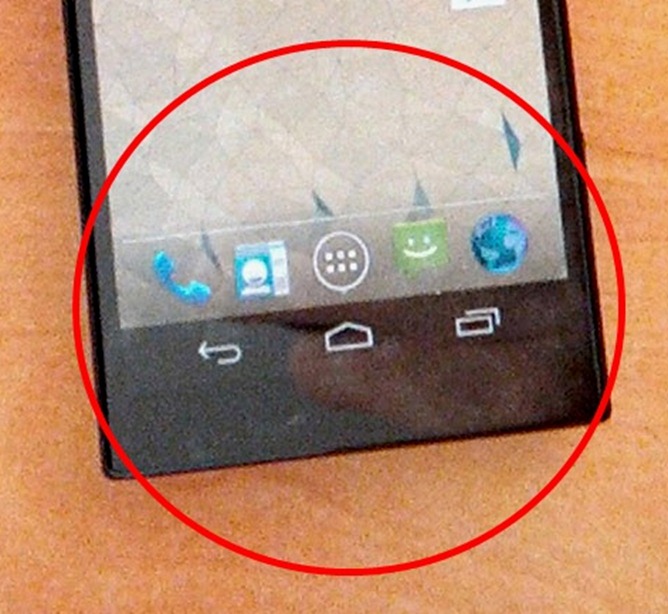 Well, hello there! Now, the right side of the hand appears to blend in to the display, because the skin tone similar to the wallpaper. But I've gone back and fourth thinking about how someone's hand could appear this way in a self-taken image, and we're pretty much at two possibilities. Either this guy has some seriously messed up hands (if that's the case, my profuse apologies), or he's flipping the camera the bird. Now, the angle and such may seem odd, but I was able to basically replicate this image on my own (it takes a little maneuvering, but it's 100% possible). I tried to hold a camera in such a way that my hand would look like this naturally, and I just wasn't able to make it happen.

We can't be 100% certain, obviously, but come on - a random picture of a (kind of amateurishly photoshopped) Sony Nexus phone shows up online, no one having ever heard of it before? We were already skeptical - and this makes it seems even less plausible.

It was Borce in our own comments that initially pointed out this, uh, "Easter egg" of sorts out to us, and we've all been having a good laugh. What does everyone else think?