Earlier today, a couple of rather exciting photos found on Picasa began hitting news sites showing what could be a leaked device called the Sony Nexus X. Of course, during Nexus season, any rumor or glance at a possible new device is always exciting, but sometimes it's worth while to take a step back and consider whether what we're looking at is actually what it appears to be. Our penchant for putting leaked images under the microscope led us to do a bit of investigating.

After taking a look at the Nexus X photos, we have some doubts about their validity. First, the photos – below are resaved versions of the originals downloaded from Picasa. To do your own analysis, grab the originals here. 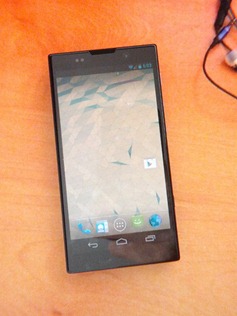 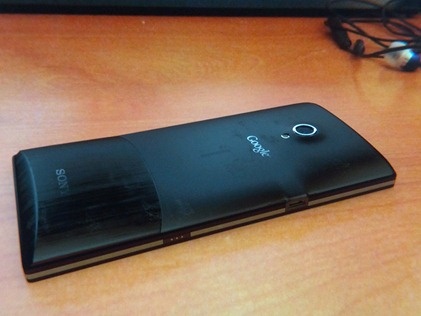 One of the first things we noticed about the set was the photo of the front of the device. Many things about it are believable – the system buttons, sensors, camera, and earpiece are all things that should be present. What's odd however is that the screen lacks a persistent Google Search bar (found on the purported LG Nexus) and the Play Store icon lacks a label (something that can usually only be achieved using a custom launcher).

These clues prompted me to take a quick look at the EXIF data for each photo (which can again be found at their home on Picasa). Here's a quick overview: 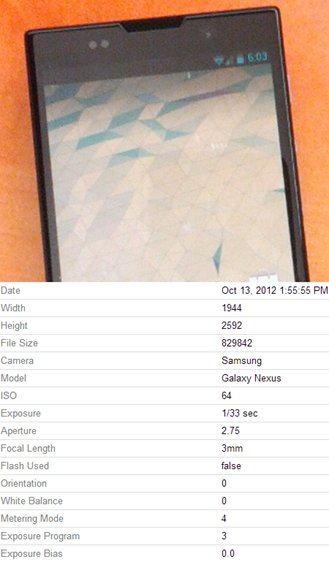 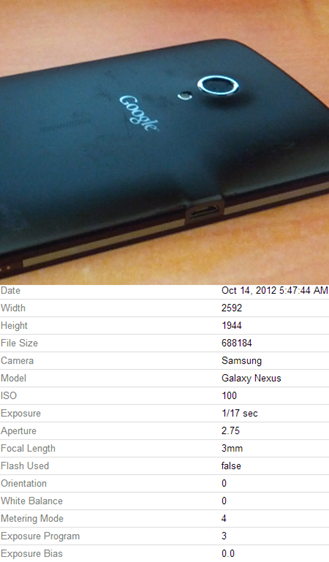 What's interesting here is that the photo on the left was taken at 1:55 PM, while the screen's clock says 6:03. The photo was both shot and uploaded on October 13th, while its counterpart was shot October 14th at 5:47 AM and uploaded that same day at 12:47 PM.

Additionally, the shot of the front appears to be evenly exposed across the entire frame. This would not be entirely odd, except that there is no exposure bias, and it is generally a challenge (even on well-lighted surfaces) to take a good photo of a device with an evenly-exposed display when shooting with a mobile camera (in this case, the Galaxy Nexus). While the presence of a faint reflection on the screen may lend credence to the authenticity of the shot, if the device this photo is based on was switched off, popping a screenshot on top and changing the screen layer's blend mode could achieve this effect in < 30 seconds. Here's a super quick test image I made to illustrate this: 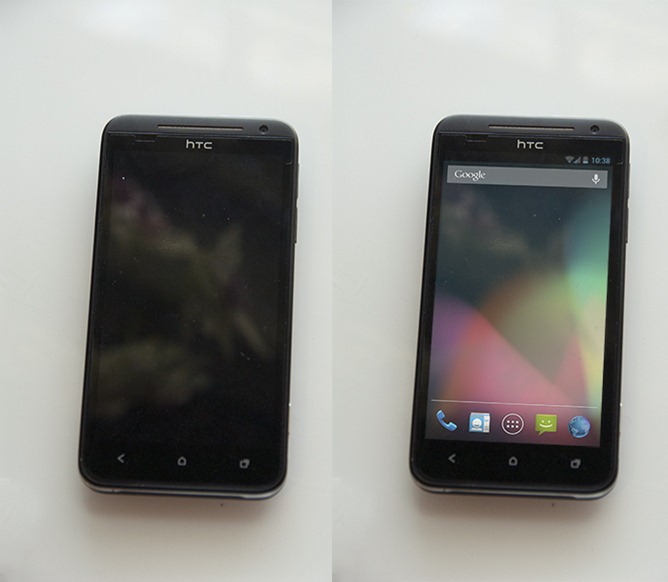 First, the otherwise even highlight running across the corner of the device is interrupted even before getting to the connector. Second, the black level of the adapter itself is completely different from its surrounding sideband. The connector's edges are also curiously cut and sharp. Finally, the disruption in the shadow on the side of the Nexus X is not consistent with the shape of the connector itself. Notice that the highlight created by the supposed bump cuts inward as it approaches the connector itself.

So What Is It?

This one isn't so easy. Looking through GSMArena's list of every Sony-made phone in existence, the Xperia Ion comes closest, but the back of the pictured device is quite different.

Our best guess for the device these photos are based on is either design mockup, prototype, or other variant of the Xperia Ion. The front of the device is nearly identical (the Sony and Xperia logos can be knocked out in less than 2 minutes), and while the back features a strange chin, and different textures, it has a common Xperia camera/flash array.

While we can't confirm the identity of the photographed device, there appear to be a few too many things wrong with the images for this to be the real deal. While something of a let-down, it isn't at all uncommon for leaked images (photographic or otherwise) to lead us astray, and we shouldn't have too long to wait to hear of Google's Nexus plans, if late-October announcement rumors are to be believed.