Before we get too far into this, let's point out that this rumor is coming from an Israeli newspaper, so it is easy enough for a company to disavow stories like these. With that disclaimer out of the way: Amazon may be looking into buying Texas Instrument's OMAP business. As we already know, TI has expressed interest in getting out of the mobile game. Not to say they'll stop making processors, but that the focus would be less on tablets and phones, and more on embedded SoCs for a variety of applications (such as automotive, vision, and robotics).

Of course, Amazon uses TI's mobile processors for its Kindle Fire line, which runs a very heavily modified version of Android. While Texas Instruments has pledged to support its current customers, the long-term success of the e-reader line could face serious problems if Amazon is forced to ditch OMAP processors in favor of another chipset manufacturer. As a much more vertically-integrated solution than other Android devices, the web giant has likely spent a considerable amount of time and effort into optimizing Fire OS (as it is occasionally called) for the CPU. 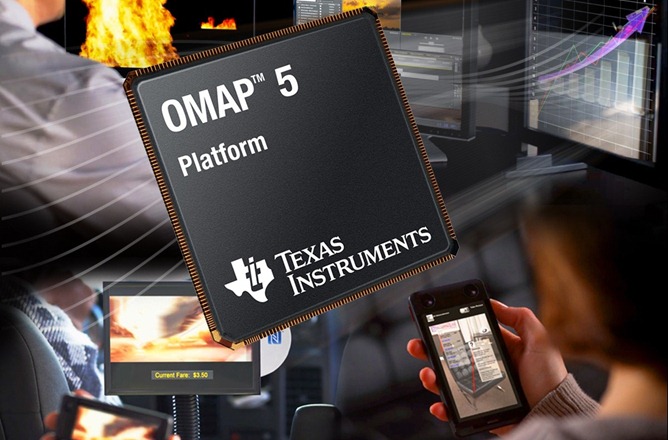 The real question, here, is if Amazon would want to become a mobile processor manufacturer. Right now, most Kindle Fires are being sold at cost or for a loss, in the hopes of making up that revenue in content sales. It's also unclear if making the chips themselves would be cheaper or not. Right now, TI has a host of customers for its processors and, if Amazon wants to keep that business afloat, it might have to maintain those relationships. Which means, among other things becoming responsible for research, development, and sales of SoCs to OEMs. A business that, at least to TI's management, is not worth it in the long run. Whether the online retailer would want to take that risk just to avoid developing on a new platform is anyone's guess, but it sure seems risky. This would make the company a direct competitor to Qualcomm, Samsung, and NVIDIA, all of whom are major players in the components business with far more collective resources (in the form of both capital and factories) and experience in this area than Amazon.

As of right now, though, this is purely a rumor. Neither company has commented on the alleged purchase deal, and it might never go through. If it does, though, it would be a signal that Amazon is ready to step out of its content and retail niches and become a truly major player in the tech world at large. For better or worse.

Review: Glu Mobile's "Indestructible" Is Anything But Bulletproof