In the realm of dual-stick shooters, Android’s offerings seem to be plentiful. However, one company’s name stands out due to their past success: Glu Mobile’s Gun Bros is a franchise that many gamers will recognize. Gun Bros seemed to have it all: an addicting premise, no shortage of customization, and perhaps most importantly, controls that didn’t suck. I’ve played my fair share of Gun Bros, so when Glu announced that they would be releasing a similar title (only this time, with cars!) I couldn’t help but be curious.

Rev Up That Engine…

Indestructible isn’t a concept that feels particularly new: you have a heavily modified car with a number of weapon options, and your goal is to kill enemies before they kill you. While the title does feature two other options (both capture the flag variants), the core of the game is using a huge gun to make sure that your opponent doesn’t exist anymore.

To do this, you use two on-screen joysticks to control your car while running about levels. Power-ups spawn, and there are numerous obstacles like exploding barrels and hazardous cliffs - these are very standard fare. The game has an odd Quake-like feel to it: largely, knowing where you’re going and where your opponent might be will determine your success. 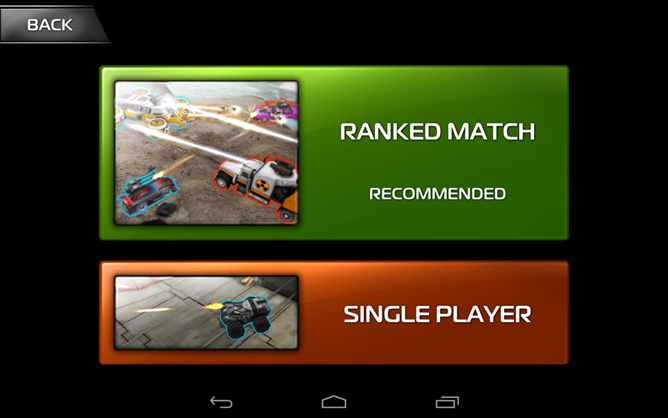 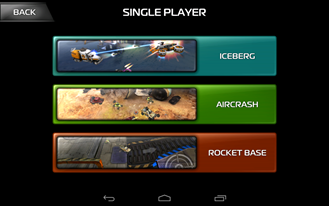 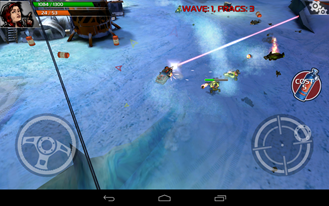 It’s to the point where control over the power-ups usually dictates a win in online play (which is actually surprisingly stable). I don't usually trust multiplayer games that rely on real-time combat on a mobile platform, but Glu has got a decent netcode to support Indestructible. However, online play is extremely basic, with no penalty for just leaving a match if it’s not going your way. I’ve had partners in capture the flag just straight up bail, and it’s not a good feeling.

Like many other games, success online is determined by snowballing early advantages into bigger ones. Killing someone lets them re-spawn, but during that time you can easily jet around to get power-ups like Double Damage or Healing, prolonging your streak. It becomes a game of how many power-ups you can grab while your opponent tries to catch up, and in most cases, that gap will only widen.

It also doesn't help that your car's controls are loose, and it feels like you’re driving a propeller dinghy rather than a sleek, amped-up death machine. The guns, while sporting a generous lock-on feature, feel neither satisfying nor strategic; often it's just a matter of who can keep their guns from overheating and their wheels on the map.

We all knew this was coming, so I’m just going to come out and say it.

Indestructible is a game of grinding. Grinding to get money, experience, energy - you name it, you’ll be wasting time trying to get it. Of course, all these colorful meters can be filled by shelling out real money to the company, but the model becomes flawed when you look at the big picture. By shelling out money for experience, gold, or whatever, you’re biting into one carrot on a stick and replacing it with another one.

When you actually try to play the game "out of the box," it becomes painfully obvious how slow your progress is meant to happen. Silver accumulates slowly, as does experience - I found it was just a matter of time before I felt like progression simply wasn’t happening, and just put it down.

The Elephant In The Room 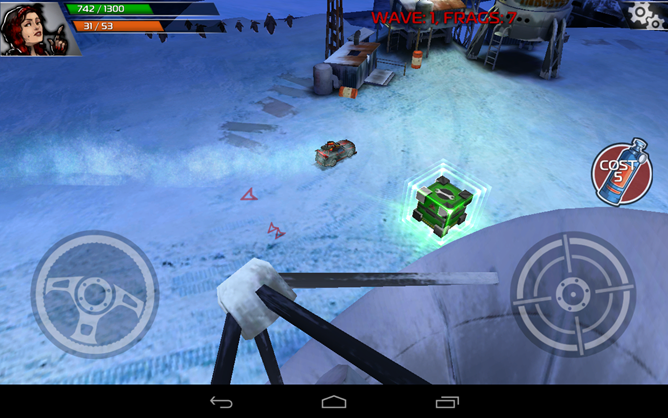 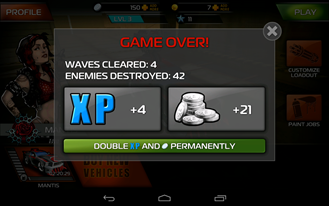 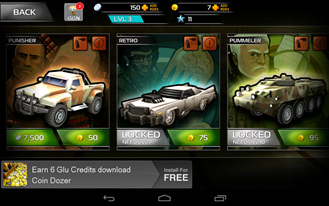 Ultimately, Indestructible exemplifies something no one really wants to admit in mobile gaming: it just isn’t that fun. Its three maps aren’t enough to sustain gameplay for long periods of time, and unless you’re sadistic enough to play through mind-numbing online match after online match, you’re rarely going to see any progress to make that experience change. The advertisements and the in-app payment prompts are plentiful, and will whittle down your resolve to keep Indestructible open.

This game adds to a disturbing trend where publishers slap a new coat of paint onto an old house and try to recapture the magic the original had. Gun Bros had just as many advertisements and prompts, but getting free premium currency was easy, and the controls and gameplay made it fun.

Gamers are usually capable of ignoring money-making efforts when a game is fine otherwise - hell, they may even fork over cash to something they find valuable. Sadly, this game isn’t that. A lot of games aren’t. Maybe that will start sending a message sooner or later.

[Rumor] Amazon Is In Talks To Acquire TI's Mobile Processor Business, Puts On Its Big Boy ...