Echofon for Android alpha recently became available, and after playing with it for a few minutes, I have to say that it looks and feels much more polished than I expected. It already makes good use of both Holo Light and Holo Dark, while still retaining its familiar look for anyone who has used (or even seen) the app before. 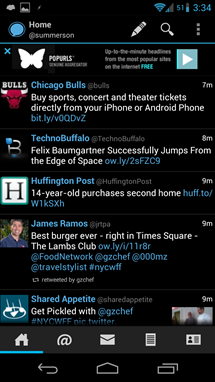 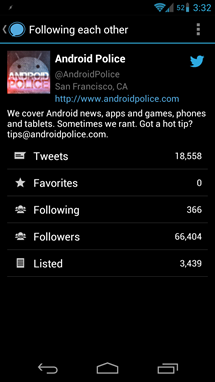 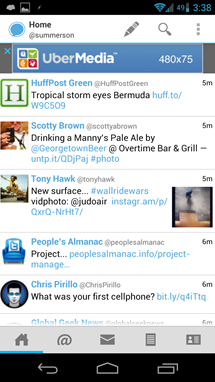 The app is intuitive enough to pick up and use, and already has most of the features that a hardcore Twitter user would want. Swiping back and forth reveals the different categories: home, mention, direct message, subscribed lists, and profile. Settings are still pretty sparse at the moment, with just a few options for things like auto-refresh, font size, theme (light and dark), and some "advanced" choices.

Overall, this is pretty impressive for an alpha version - so much that I could see myself using it as my daily driver for Twitter. Definitely looking forward to see how this app progresses in the coming weeks.

To grab the download for yourself, head right here.

CNBC Reporting That Sprint-Softbank Deal Is To Be Announced Tomorrow: $20 Billion For 70% Of ...