Back in December of 2011, Google changed the way screenshots were handled in the Play Store. Where they used to open in their beautiful, hi-res glory, they have since opened as a tiny version of themselves. It's annoying, especially for tablet screenshots. To circumvent this, you could open the image in a new tab and append h=2000 to the end of the URL, which forced the screenshot to open in its full-size. Of course, this solution was beyond tedious.

After we posted the My Apps GM script last night, Artem mentioned wanting a script that would display high resolution images in the Play Store (and he's not the only one, I've been dying for this since last year, too). Shortly after, reader CuriousCursor jumped on the idea. Within no time he had produced exactly what we were looking for.

The result is a simple Greasemonkey script called HiRes Play Store Screenshots - and it works flawlessly. Whereas you normally get this: 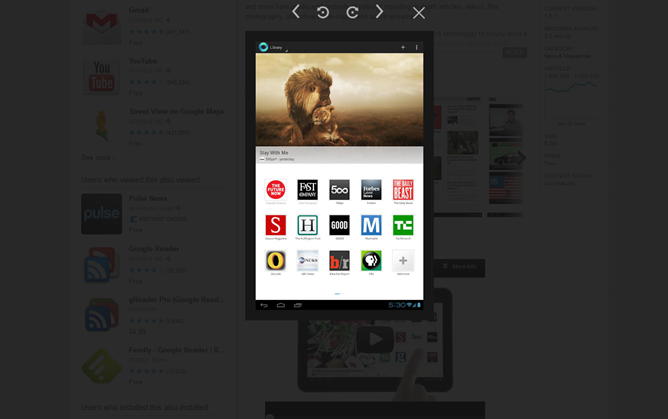 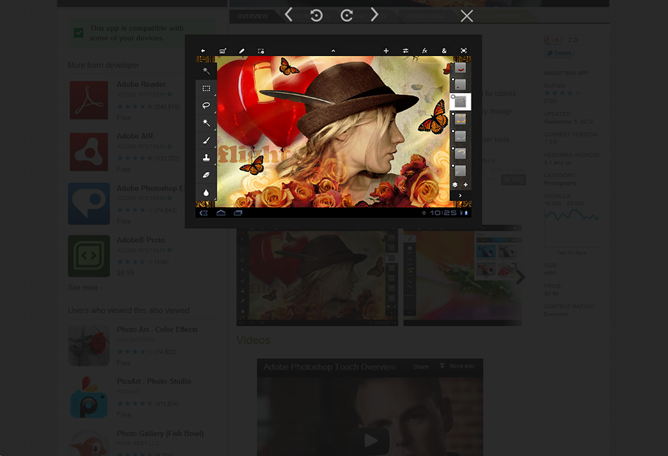 After the script is installed, you'll see this: 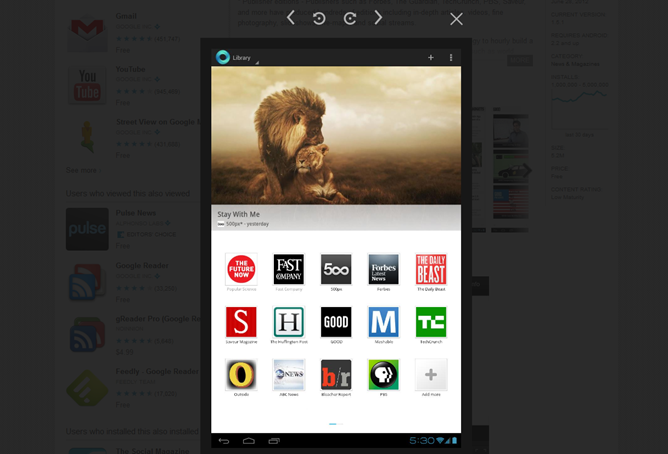 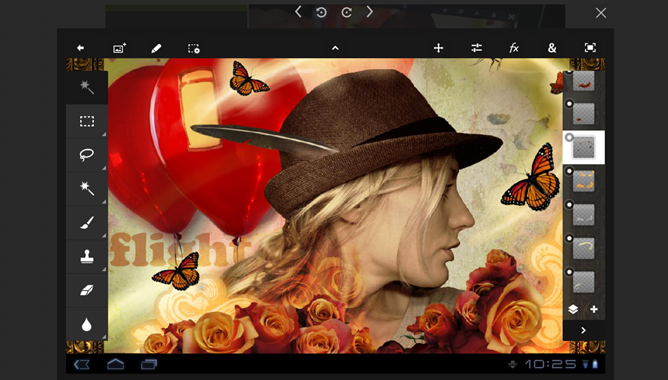 Much like with last night's script, installation is a snap. If you're using Firefox, you must first install the Greasemonkey extension, and you're ready to install the HiRes script.

With Chrome, there are actually two options: if you have the Tampermonkey extension installed, you can add this script with that. However, since Chrome natively supports GM scripts, there's really no reason (other than convenience) to take that route. Simply hit "install" on the userscripts' page; after that, Chrome will let you know the script can't be directly installed (extensions outside of the Chrome Store are blocked from automatic installation). What it does, however, is download the script to the default location - you need only open the Chrome Extension page (Menu > Tools > Extensions) and drag-and-drop the downloaded script inside to install it.

We want to give a huge shoutout to CuriousCursor for whipping this up for us - not only is it going to save us time when checking out new apps, but it'll make the overall Play Store experience better for everyone. For that, a huge thank you from everyone here at Android Police is in order. You rock!

CyanogenMod 10 Nightlies For The Acer Iconia Tab A700 Are Go

[Weekend Poll] Are You Content With Your Phone's Stock Battery Life?