Now that Samsung has officially announced the Galaxy S III Mini, Phones4U has started to take pre-orders in the UK, with prices for the mid-range phone starting at £25 a month.

All of the tariffs on offer from Vodafone, Orange, and O2 offer the phone for free, although none of the plans include a data allowance over 1GB per month. 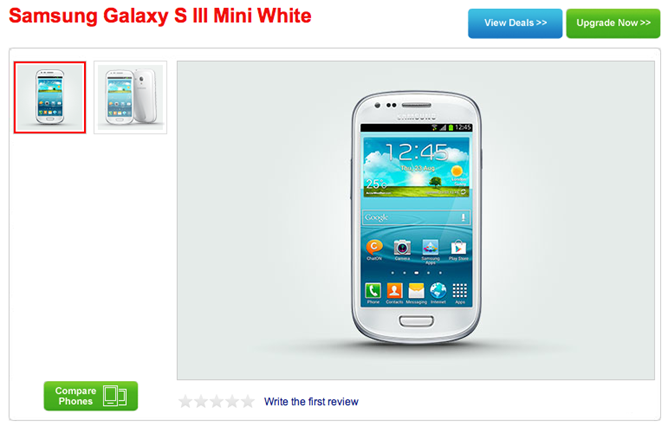 The cheapest option is available from Vodafone, giving you 300 minutes, unlimited texts, and a paltry 250MB of data per month for £25. For an extra few quid, you can bump up to Orange's Panther 36 plan, which offers 600 minutes, 3000 text messages and a 1GB data allowance for £28.50.

If you make a lot of calls, both Vodafone and O2 are offering the phone with unlimited calls, texts, and 1GB of data per month for £33 and £36, respectively.

According to Phones4U, the Galaxy S III Mini will begin shipping on the November 2nd, so if you pre-order now, you won't have to wait long to get your hands on it. If you're interested, you can find a list of all plans from various networks on the Phones4U product page.

Sprint Promises LTE Coverage For San Francisco, 21 Other Cities 'In The Coming Months'