We all know how useful floating apps can be, so an always-on-top performance monitor makes perfect sense for power users and developers. One such project just hit the Play Store from developer Chainfire, who has already brought us several other useful tools, like CFBench, SuperSU, and FAAPT. 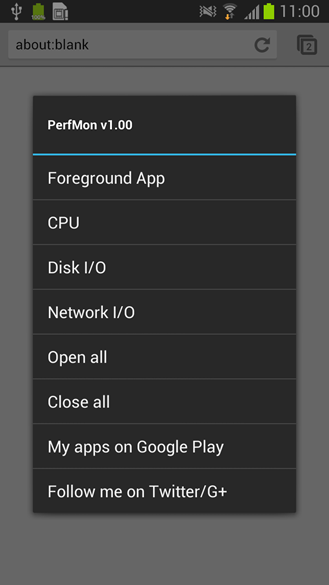 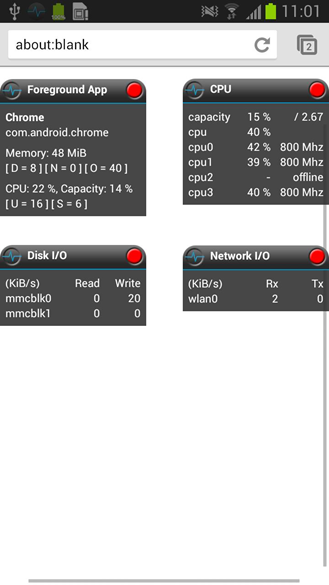 Simply called Perfmon, this is a floating application that can output certain metrics for monitoring purposes: foreground app, CPU, disk I/O, and network I/O. What makes this app unique, however is its CPU metric called CPU capacity usage. According to Chainfire, it "will take the CPU usage and scale it to what it would be if all cores were running at full capacity."

For example: if you have a 1.6ghz quad-core running a light app, it could be using 10% CPU with only one of the four cores active, and that core running at 200mhz. If you translate that to all four cores running at 1.6ghz, that app is using only 0.3% of total CPU capacity.

The application can output a fairly wide range of information for each metric, including app title, package name, memory usage (including native and Dalvik), overall CPU usage, per-core CPU usage, and current read/write operations to the disk, among others.

If this tool sounds like something you could find some use in, head over to the Play Store and make it yours for $2.50. 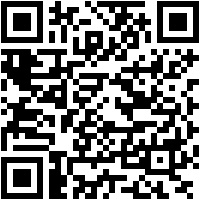 [Exclusive] Download: The Unreleased Gmail 4.2 APK With Pinch-To-Zoom And More