Update: If you take a look at the Verizon support doc now, you'll notice Isis support is no longer on the list of new features. Interesting. We've kept an image of the original below for comparison.

If you head over to the Verizon support site right now, you'll find that the DROID Incredible 4G has its first over the air update on the way. You can also check out the software update PDF if you're looking to be slightly disappointed. Yep, it isn't Jelly Bean. Surprise! Here's a snap of the changelog: 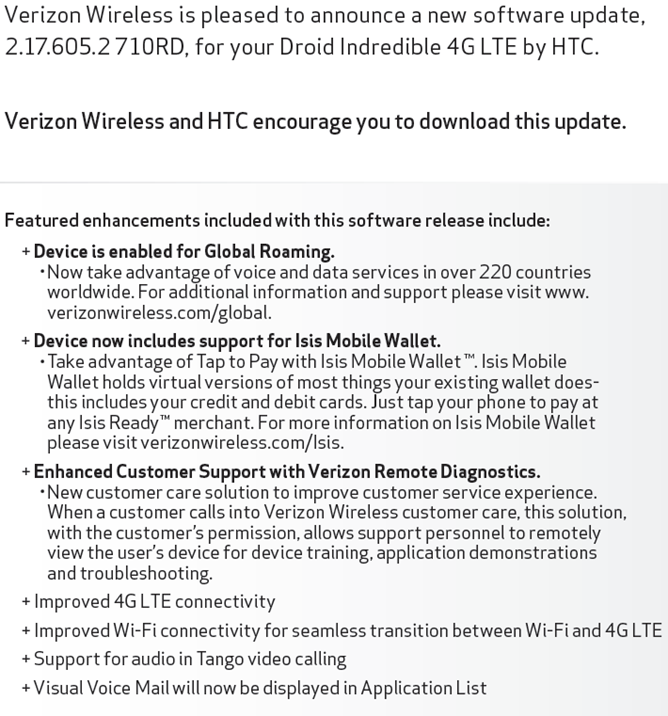 If you want the quick version on what 2.17.605.2 710RD brings, three things, basically: Isis Mobile Wallet support, global roaming, and Verizon's Remote Diagnostics support tool. As far as performance and bug fixes go, the update does claim to improve 4G LTE and Wi-Fi connectivity, particularly when switching between the two. Tango video calling (I have no idea what that even is) now has audio support, and visual voicemail now shows up in the app drawer.

This update should be rolling out in the next week or two, so be on the lookout.

Sprint Promises LTE Coverage For San Francisco, 21 Other Cities 'In The Coming Months'