If you hadn't noticed, Dropbox and Google Drive have been having a friendly rivalry ever since the latter popped up on Android. The latest update to the Dropbox app (2.2) makes good on the additional photo features they've been adding over the last year by revamping the user interface, especially for the photos and videos automatically updated to your cloud storage drive. The UI is now more of a gallery than a bare-bones file browser, thanks to the new Photos tab. See for yourself: 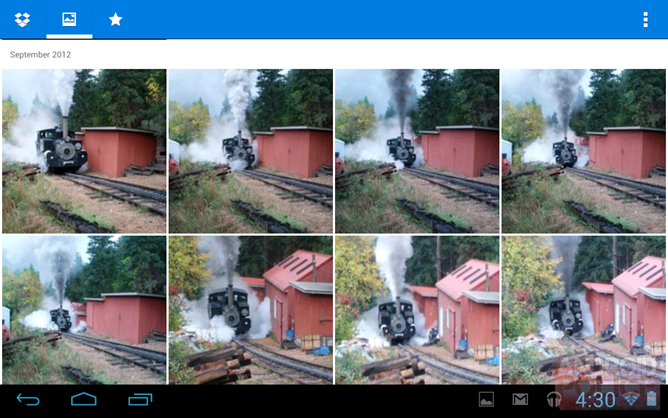 Swiping through photos and videos is now basically identical to the default Android Gallery app, though all photos (and screenshots) taken are grouped by time. There's also been a bit of reshuffling in the settings menu, plus the standard bugfixes and under-the-hood improvements. The update is live in the Google Play Store now - get after it!

In version 2.2:
Enjoy the photos and videos you've been uploading!
• Introducing the Photos tab with all your uploaded photos and videos
• Uploads moved to the menu in the file browser
• Lots of under-the-hood bug fixes and tune-ups

[APK Teardown] The Play Store Is Getting A Built-In Malware Scanner, Wish List Progress, And More