There was a virus outbreak, and it caused some... issues. Many people were dead within days, but those who weren't killed transformed into beastly creatures. Those who showed signs of contamination were quarantined in the Death Dome, where they grew into "The Behemoths."

That's the premise of the Glu Mobile subsidiary Griptonite's new game, Death Dome. You play the part of Phoenix, a fearless protagonist set on slaying the mutated monsters inside the Dome.

EVOLVING COMBAT!
Learn new skills and techniques as you progress through the game. Use them to take down even tougher enemies!

FIND LOOT!
Scavenge the remnants of a once-thriving city

Like most Glu titles, Death Dome is free to play, though in-app purchases are available for those who wish to spend some real coin on the game. At least Griptonite was cool enough to drop that little detail in the Store listing. 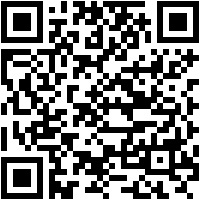 Hands-On With The HTC One X+ And One VX