The LG Escape fits that profile: it has a dual-core Snapdragon S4 clocked at 1.2GHz, 1GB of RAM, and Android 4.0. With a 4.3" qHD screen, whopping 2150mAh battery, and $50 price tag, it certainly sounds like a recipe for success. But is there a fatal flaw somewhere, as so commonly afflicts budget phones? Let's find out. 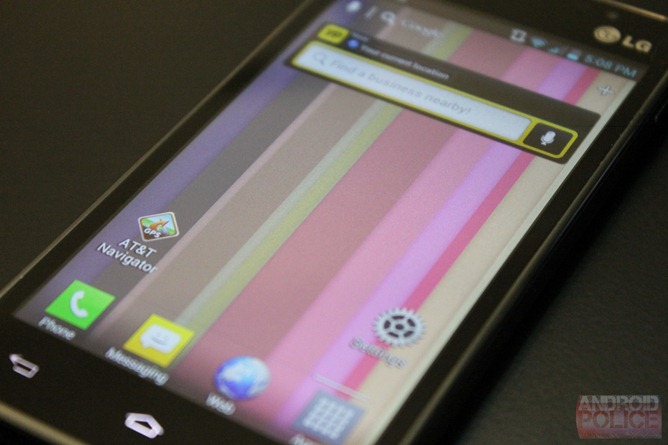 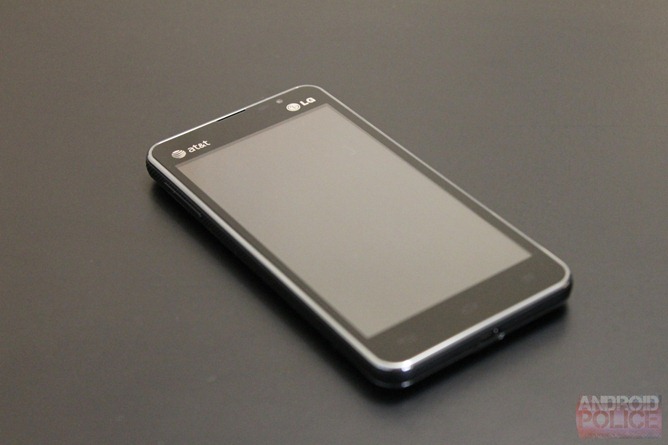 The design is simple: a plastic backplate that's removable (and very flexibile once it's removed), with fake carbon fiber covered in a thick layer of pretend clear coat. The rounded sides are a continuous band of gray plastic with 45° imprints; flanking that band are faux-chrome bands. The materials on the sides aren't the highest quality, but they're very minimal.  Finally, the front is protected by Gorilla Glass. It all comes together well, and the glossy coating on the back provides a softer, grippier, more comfortable feel than the cold, hard plastics usually found on budget devices. 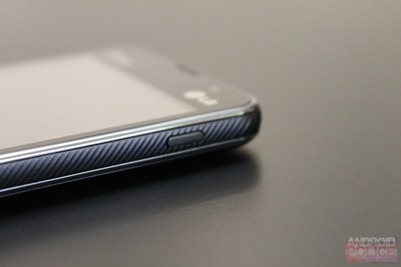 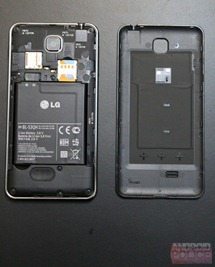 As for details: on the front are the capacitive buttons at the bottom (adhering to Holo guidelines, right down to the shape), volume buttons on the top left, power on the top right, charging on the bottom, and headphone jack on the top left. Around back, the speaker is near the bottom left, and the camera is top center.

The design is generic, sure, but it's highly functional, sleek, and feels very good to hold. Compared to a flagship, sure, the plastics are a bit cheap. But as a budget device, I have nothing but praise. 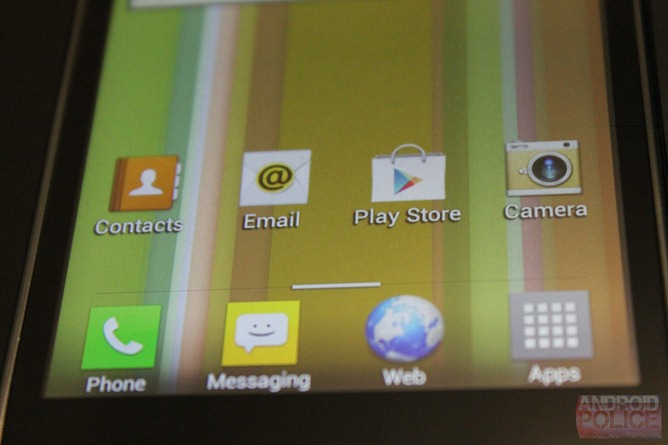 It's funny to think back to the launch of the HTC EVO, when its 4.3" screen was considered massive. Today that's positively tame, with all current-gen flagships sporting displays in excess of 4.5". There are certainly upsides to having bigger screens, but I have to admit: the 4.3" display on the Escape is very, very refreshing. I never thought "this could benefit from a little more screen real estate," and it feels fantastic to hold. I can comfortably reach every corner of the screen without stretching my hand, and it fits in pockets just a bit better.

The screen may be the perfect size, but the display itself isn't perfect. The display always looks like the brightness is turned up to 100%, even when it's only at 20% - in other words, it looks washed out. Consequently, black levels are also at the lower end of average, though not bad. Viewing angles are good but not great, as is pixel density. At no point do you feel the display lacks for pixels and it's certainly not as if you can count them.

In sum: a competent display, though it fails to stand out.

As recently as a few days ago, I called LG's Optimus UI "... an ugly TouchWiz rip-off." And I certainly find a lot of aspects unattractive or even ugly: the icons, lockscreen, proprietary widgets, and out-of-the-box-visual-catastrophe, in particular: 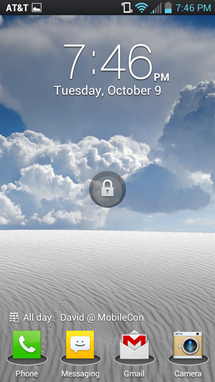 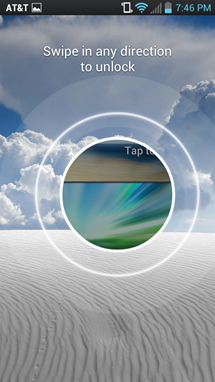 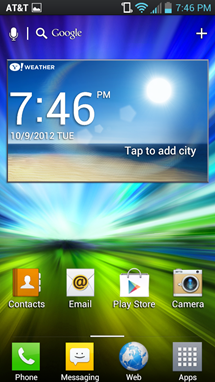 Though it's about as aesthetically as pleasing as Quasimodo out of the box, a simple change of wallpaper goes a long way. More importantly, LG offers a selection of customization options as well. For example, you can modify the lockscreen clock style and icons, among other minor tweaks. The home screen, too, allows you to change the swipe effect (panorama is the way to go, trust me) in addition to a few other details. Nothing groundbreaking since most UIs offer many of the same tweaks, but noteworthy nonetheless. 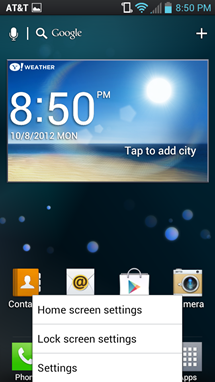 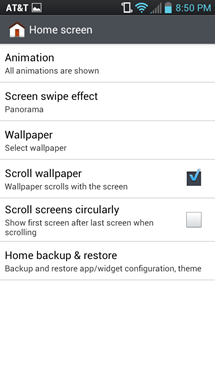 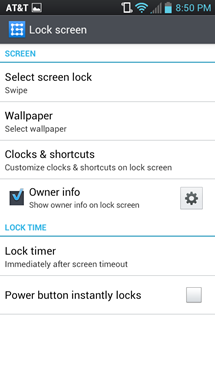 As with any UI, not all is perfect (aside from all the ugly, that is). Annoyingly, LG has opted to remove all the stock Android widgets in favor of AT&T and their own proprietary widgets... which are, as previously mentioned, ugly. The bloat is absolutely unbelievable, though much of it comes from AT&T: Amazon Kindle, AT&T Code Scanner, AT&T FamilyMap, AT&T Locker, AT&T Navigator, AT&T Ready2Go, AT&T Smart Wi-Fi, Live TV, Messages (in addition to Messaging) and Messenger), myAT&T,  Note Pad, Polaris Office, Qik Lite, SmartShare, Task Manager, Video layer, Video Wiz, Weather, and YPmobile. Some of those are quite useful, without a doubt. Or would be, except a number of them show in the app drawer but are actually just icons to download the app from the Play Store. The remainder are not at useful, and all add clutter out of the box. 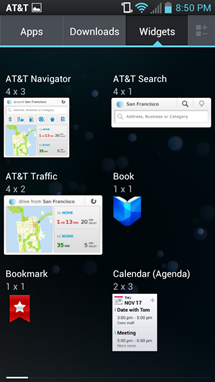 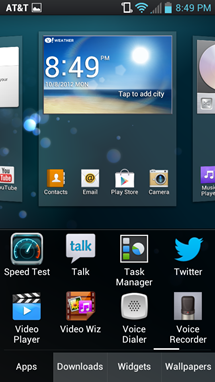 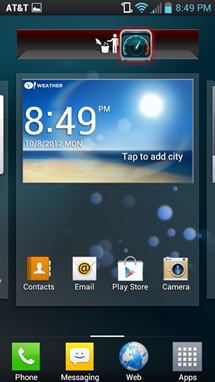 It's annoying that there are four video-related apps out of the box (Movies, Video Player, Video Wiz, and Play Movies & TV). It's infinitely worse that when you open the Movies app, you're told that you actually need to install it first. But in order to install it, you need to enable installation of non-Market applications. Hit okay and you're greeted by the package installer, with a popup that says "The application you are installing will replace another application." Okay... what application is going to be replaced? Keep in mind, this is a budget phone which will likely be purchased by those who aren't exactly technologically inclined. I feel bad for teenagers everywhere, who will undoubtedly be playing the role of tech support when a family member inadvertently screws up something because of AT&T's greed. 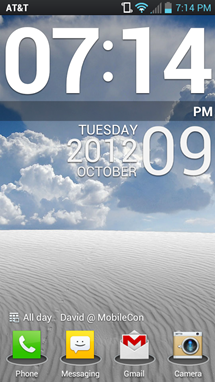 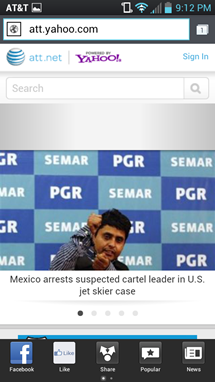 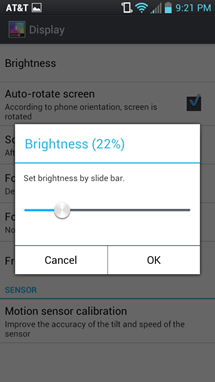 Still, all told, the UI is acceptable, especially once you tweak a few details. And if that's not good enough for you? Well, there are certainly plenty of alternative launchers available. 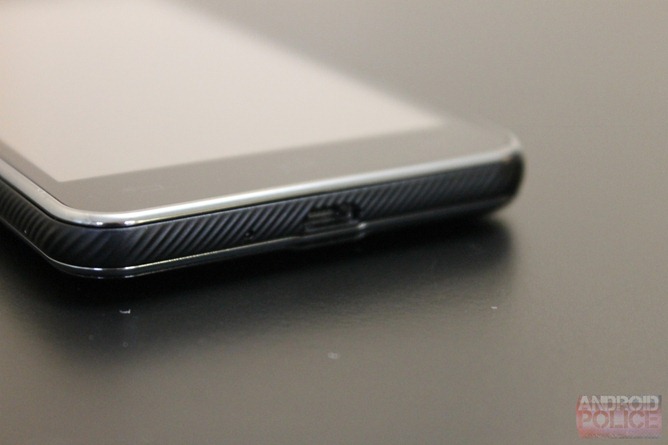 The UI may be ugly, but it's certainly well coded: I experienced precisely 0 instances of lag on the Escape, even when using live wallpapers. Interactions are handled with gusto and smoothness. As I've said before, that impressive performance is the result of a few factors: first, Android 4.0+ (Ice Cream Sandwich) is extremely polished, and runs very well on nearly any level of hardware. Second, the Snapdragon CPU is very capable, and third, a full gig of RAM helps the prior two factors. (In fact, the experience is very much the opposite of that of the much higher-end Intuition - surprising, given that phone's more powerful CPU but otherwise identical UI.)

Battery life is equally as impressive, though that may in part be because there's no AT&T LTE in my area to drain it faster. Out of the box, I saw over two days of light use on one charge. Even with heavy use, the Escape will handily get you through a full (long) day, though those figures are on 3G+ (HSPA+), not 4G (LTE). 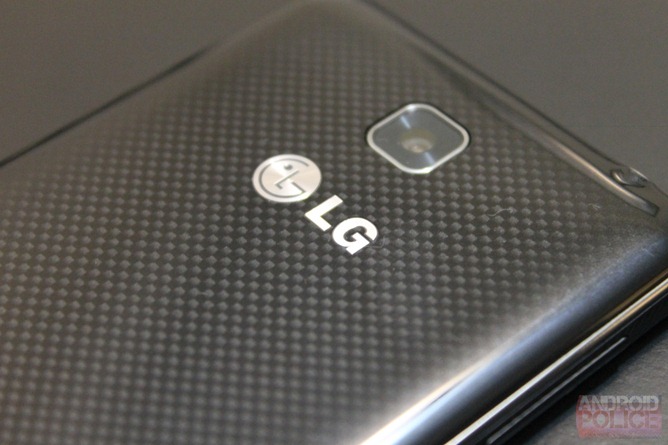 As I've said before, you can't make a budget device without making a few compromises to get the price down. The trick, of course, is to sacrifice the right things in the right places. That's exactly what LG has done with the Escape: check all the right smartphone boxes, and yet cut only a few mostly minor corners. With good specs and build, great performance, and a relatively low price, the Escape is the best budget device I've ever reviewed.